Crucial week ahead for Darbar at the Box Office! Real test begins today! 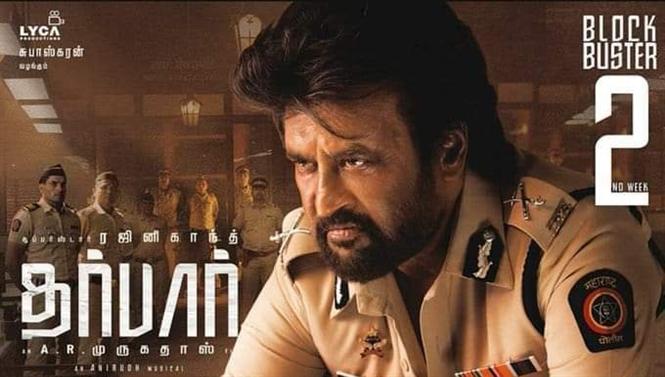 Darbar starring Rajinikanth, Nayanthara and Nivetha Thomas in the lead roles directed by AR Murugadoss hit the screens worldwide on January 9. The film hit the screens well advanced before 6 days to Pongal. The film fetched positive reviews and had a thunderous start by minting Rs. 150 cr in 4 days. The collections witnessed a slight dip on the first Monday and Tuesday and later picked up momentum during the Pongal holidays.

With the festival holidays coming to an end, the real test begins today. Darbar which has done good business in the past 11 days is yet to achieve break-even mark in any of the territories. The film is in its second week and the box office income of the second and third week becomes crucial to determine the film's fate.

In the overseas market, the film has almost exhausted its theatrical run in most of the territories. The theatre / screen count has been reduced considerably. With no big released scheduled for this week, Rajinikanth's film will continue its run for another week.