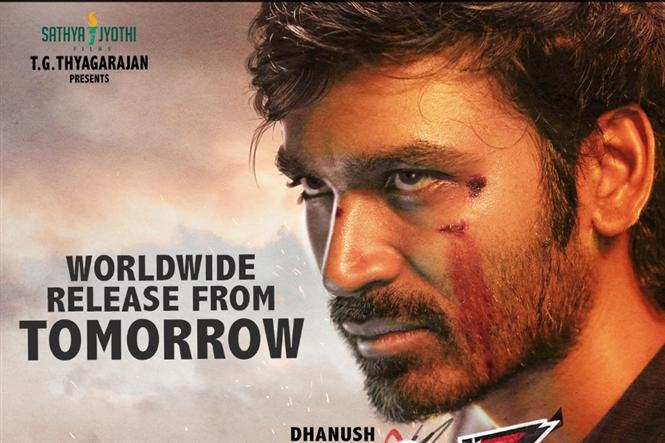 Actor Dhanush is gearing up for a big Pongal release tomorrow and Pattas which stars him in a double role, is expected to be a'double whammy' for his fans. Ahead of the big festival release, here's a quick look at what Pattas has in store for its audience.

Reasons to watch the movie or what to expect from it listed here:

Carrying a lot of promise, Pattas has been censored a clean U and hits theater screens on January 15, 2020. The movie is the second big release this year following Rajinikanth's Darbar and it is to be seen what it makes of the 5-day-long Pongal weekend.