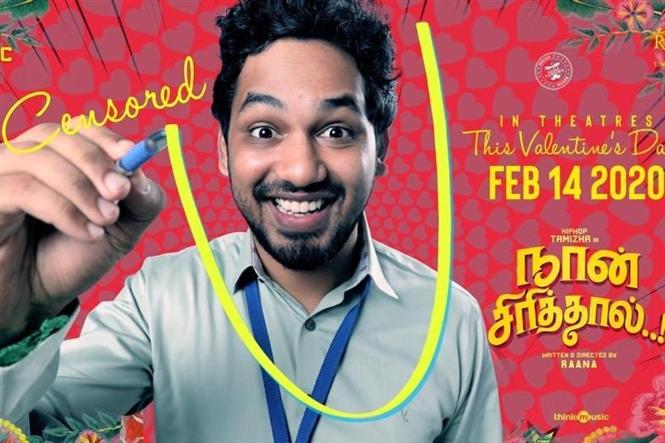 HipHop Tamizha Adhi's upcoming film 'Naan Sirithal' has completed the censor formalities and has been given a clean 'U' certificate. The trailer of the film which was released recently has received thumbs up from the audience for its hilarious content. Aadhi shared the news on his Twitter page.

Aadhi plays a person who laughs at both happy and sad moments because of a neurological disorder Pseudobulbar affect (PBA). Directed by debutante Raana,  'Tamizh Padam' fame Ishwarya Menon plays the female lead. Touted to be a comedy entertainer, Naan Sirithal is produced by Sundar C, under the banner Avni Movies. The film is set to hit the screens on February 14 on the occasion of Valentine's Day.