Theerpugal Virkapadum is an upcoming action thriller film written and directed by debutant director Dheran who has made several ad films. Sathyaraj plays the protagonist and essays the role of a gynaecologist for the first time in his career. The teaser of the film is out.

The movie is said to be on the lines of 'A Wednesday' where a common man decides to take matters into his own hands. The movie produced by Sajeev Meerasahib under his banner, Honey Bee Creations in based on a true event. 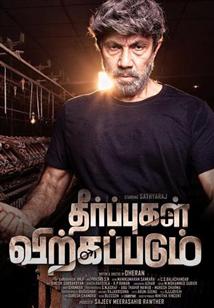