Trisha's upcoming thriller Raangi which has been penned by A.R. Murugadoss and directed by Saravanan of Engeyum Eppothum fame had its teaser launch at the Darbar audio event recently. Trisha is seen performing stunts (without any dialogues) in the 44 -second-long video and seems like the movie will tackle the issue of human-trafficking.

Raangi is produced by Lyca Productions with C Sathya for music, KA Shakthivel for cinematography and M Subarak for the edits. 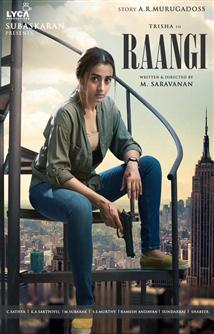