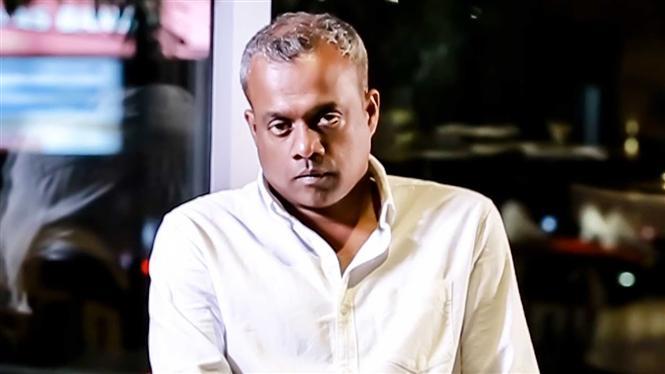 If you have watched Gautham Menon's films, the it is not news to you that one of the director's trademarks is his use of voice-over by the hero in the film. His latest release Enai Noki Paayum Thota (ENPT) however has been accused of having excess of it, which has been like by some and disliked by many. And then there are some who do not really mind the usage of it by have made light of the same by imagining various situations.

They have created what one would call a 'What would Gautham Menon's voice-over do' for scenarios as simple as posting a tweet, going to a shop to re-imagining famous scenes. Here are some examples of the results:

Someone has knife on heroine neck, there's blood...

Hero: *voice over* How can I forget that neck... I lived in it for six months.

"This is a podcast site. But we write too. Here is a take. On Gautham Vasudev Menon. And his old new film, Enai Noki Paayum Thota. He loves voiceovers so much. He should come on our podcast."

Watching #ennainokkipaayumthotta
From Now,GVM is not Gautham Vasudev Menon!
He is Gautham Voice Over Menon 😁
Jokes apart,Voice Over is the Best Part in the Movie✌️✌️✌️✌️