Why Men like K. Bhagyaraj are wrong to think Women can control Violence Against Them! 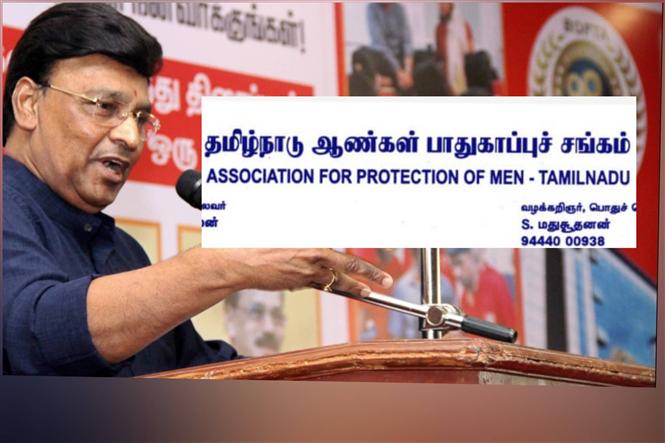 Why Men like K. Bhagyaraj are wrong to think Women can control Violence Against Them!

First Monday of the month and one of the unfortunate topics the members in Lok Sabha are speaking on is the multiple rape cases that have been reported in various parts of our country including the Southern regions of Telengana and Tamil Nadu . The Telengana home minister is being slammed at the moment for his remarks that raped and murdered Dr. Priyanka Reddy could have avoided her fate had she dialed 100 (the cops) instead of her sister.

I’m a guy and 100 is never the first or the second number I’ve called or would call. Instead of questioning the woman, the minister should be asking himself why people hesitate to reach out to the police.

Had the Lok Sabha members known the remarks made recently by K. Bhagyaraj, they would have slammed it too, given the level of insensitivity it spews against rape/assault victims (living/dead). The acclaimed writer, director from Tamil Nadu who even held a reputation of giving women well defined characters (he debunked that status on his own last week when he declared he gave importance to women "unknowingly") said,

“Women used to be within a certain level. That control has gone after phones came [the same phone the Telengana minister wanted victims like Reddy to dial 100]. It's very difficult to say it but they keep talking on the phone everywhere..It's only because women give space that there is an opportunity for mistakes. How can you always just blame boys?” [His his exact words].

Citing the Pollachi case [the event he was attending was for a movie based on the incident] he added, “The boys are not the only ones responsible. You have a weakness and he has correctly used it. If what he did is a big mistake then you have also created an opportunity for that. That only is a very big mistake.”

Ppl were clapping for this? Is this the mentality that ppl appreciate? If u want to make males a victim in this than u can talk about sexual violence that men faced. However, not accepting ill behaviour isn’t right. Ppl get ganged rape in this world.#Bhagyaraj @imKBRshanthnu pic.twitter.com/5eVsYf7i7L

It read, "We applaud your statement that if women exercise caution, then mistakes won't happen..We also appreciate your advice that women should stay within their limits..We also invite you to express 'brave opinions' on the 'women criminals' who are responsible for distorting Indian culture and are responsible for the loss of innocent children's lives (?!!!)"

What men like the Telengana Home minister, K. Bhagyaraj or the Association for Protection of Men fail to understand is that as such, women in our society exercise more caution than what people are aware of or what men have the luxury of not having to. For instance, if a man were to take his two-wheeler and park at a toll-place post 8, women who notice him doing it wouldn't be planning on airing out his tyre or gang-raping him.

Also, one wonders what kind of precaution would a woman have to take while travelling with a trusted male family member / companion (who were beaten and chased-off in the case of cuddalore widow/Vadodara minor) or what "limits should they stay in" to avoid being held at GUN-POINT (as in the case of Ranchi Law Student).

Let this sink in. The men spotted #PriyankaReddy getting off her scooter. Punctured her tyre. Waited for her to get back. Abducted her. Gangraped her. Set her body on fire to destroy evidence. *All because she was a woman* Such monsters deserve more than mere capital punishment.

Violence against women - be it sexual assault, rape, murder or even domestic violence for that matter, has nothing to do with "culture" and everything to do with the perpetrator; It happens even to famous people with the mind and means to not 'walk into' such situations [Case in point: The Kerala actress Sexual Assault which was perpetuated purely as an act of revenge and defamation or the recently-in-light domestic abuse case of Supergirl actress Melissa Benoist, whose only fault was to get married.]

Sure the Pollachi victim could have avoided her downfall by being aware of internet criminals - but it is totally unfair to call her an "equal partner" in the crime, especially after the horrifying experience one wouldn't wish on the women in their family.

It is also not to be forgotten that the men caught in the Pollachi incident were found to be targeting multiple people of the opposite gender by initiating sweet-talks on their own without ever being allured. This pretty much sums up the lifestyle of predatory men in our society [game and then blame] and no, women are not to be held responsible for the same.