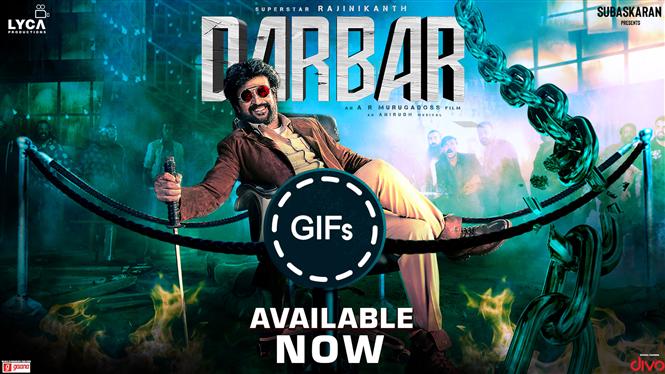 While it is known that A.R. Murugadoss directed Darbar starring Rajinikanth in the lead is scheduled for a Pongal, 2020 release, an official announcement on the exact date hasn't been made. However, the official site of Lyca Productions, producers of the action thriller have stated that the movie is slated for a release on January 9, 2020 which is well before next year's Pongal holiday dates (January 15, 2020 - January 17, 2020). 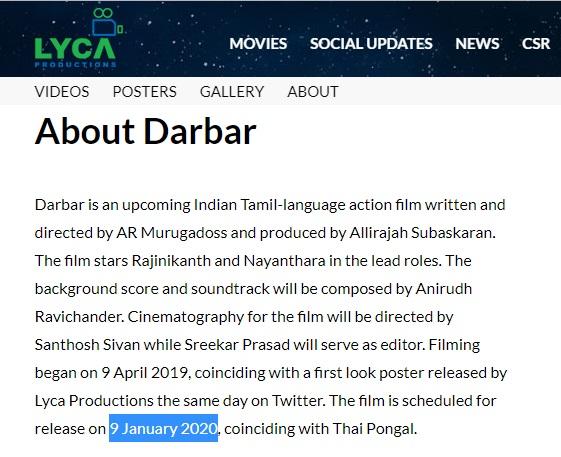 As mentioned before, the release date is yet to be officially confirmed. Darbar is currently gearing up for its audio and trailer launch and an update about the first single release (composed by Anirudh) is expected to be made soon.

#Darbar Audio Launch Update is around the corner!!! Are you excited? :) 🎉

Another latest update is the availability of Darbar's exclusive gifs on all social media platforms.