The highly anticipated Sid Sriram-Ilayaraja collaboration for Mysskin's Psycho is finally out and the song which has been titled Unna Nenachu is already attracting the attention of music lovers.

News of this number was first shared by Psycho's cinematographer P.C. Sreeram who had said, “Maestro Illayarajaa recorded his final song Psycho. This song was sung by the latest heart throb for his way of singing - Sid Sriram. Director Mysskin and Ilaiyaraaja are all set to take Psycho into a new zone.”

Starring Udhayanidhi Stalin, Nithya Menen and Aditi Rao Hydari in lead roles, Psycho is scheduled for a release in December, 2019 and Sony Music South holds the audio rights to this film. 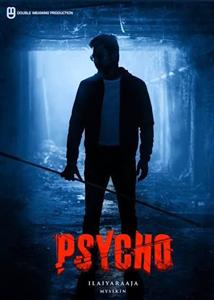