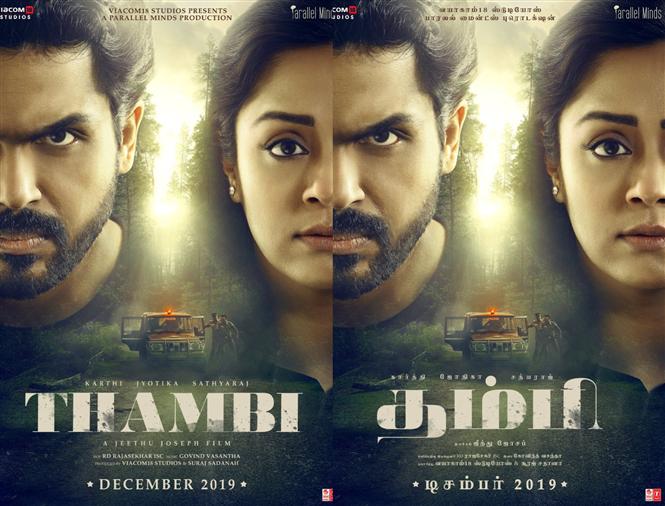 The first look poster of actor Kathi's 20th film is here and the movie has been titled Thambi. The poster features Karthi and Jyothika, who plays his sister in the movie.

Touted to be a thriller, Thambi is directed by Jeethu Joseph and also stars Sathyaraj, Nikhila Vimal, Seetha, Anson Paul and Sowkar Janaki among others. The movie is slated for a release in December, 2019.