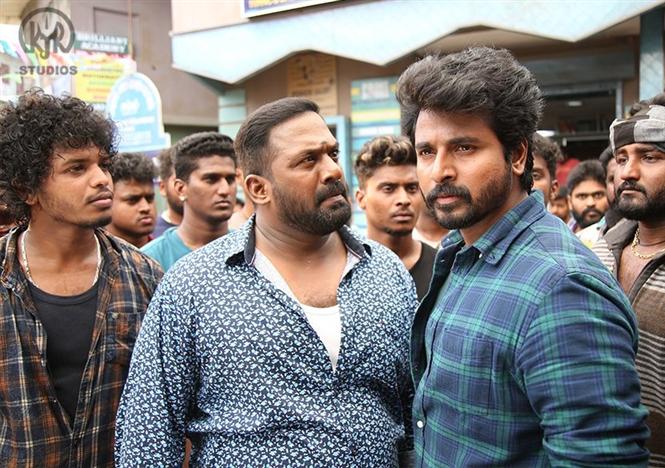 KJR Studios, producers of Sivakarthikeyan's upcoming film Hero have issued a public caution notice with respect to the film's release and details. According to the legal announcement, one TSR Films Pvt Ltd. has allegedly tried to tarnish their movie through false claims and it has been reassured that Hero will be releasing as planned on December 20, 2019.

The notice has come after media reports surfaced earlier today that TSR films had filed a complaint at the Madras High Court Arbitration Centre that 24 AM Studios owed them Rs. 10 crore in debt. 24 AM Studios was initially thought to be a part of the Hero since they used to send out tweets welcoming the cast of the film; however their name was no where to be seen on the clapboard (during pooja ceremony) or media released as a part of the film's promotions.

KJR Studios have also mentioned in the notice of 24 AM Studios' disassociation with Sivakarthikeyan's Hero. Checkout the full statement here: 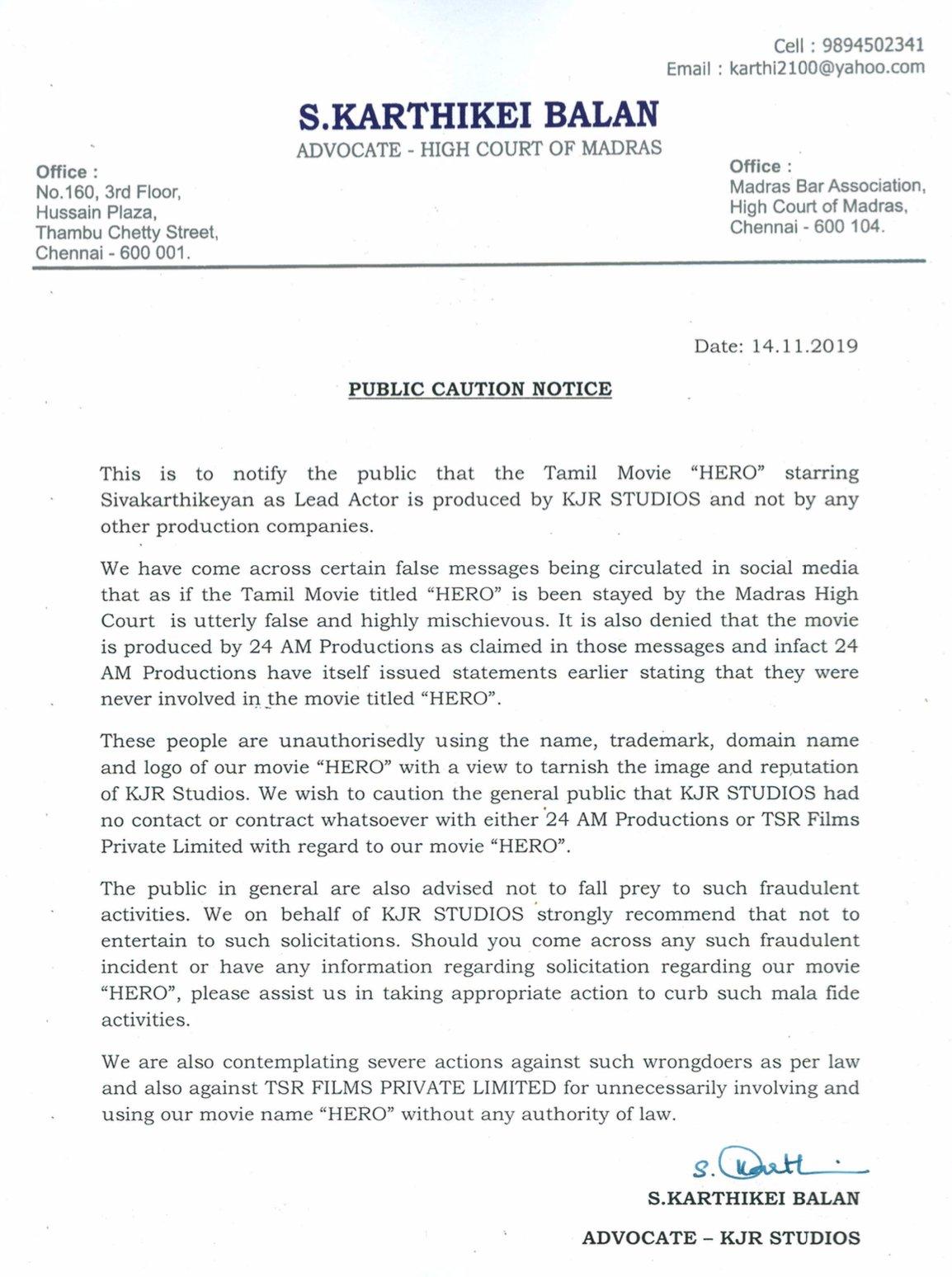