RJ Balaji to team up with Nayanthara in Mookkuthi Amman

RJ-turned-comedy actor RJ Balaji became a full-fledged hero with political satire film LKG which turned out to be a box office success. Balaji's second film where he will play the hero has been titled 'Mookkuthi Amman'. The latest buzz is that Lady Superstar Nayanthara has been roped in for a pivotal role in the film.

Reportedly, Nayanthara will essay the titular character. RJ Balaji who shares a good rapport with Nayanthara has approached her for the role. After listening to the script and impressed with her role, Nayan has readily agreed to do the film. However an official announcement is awaited from the makers. Mookuthi Amman will be bankrolled by Vels Film International who previously bankrolled Balaji's debut film 'LKG' as well.

Nayanthara who is basking in the success of her latest outing 'Bigil' has Darbar and Netrikann in her kitty. 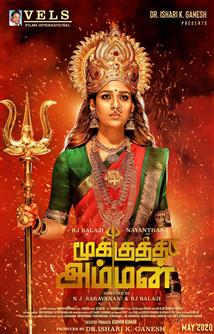