Kaithi, Bigil get one more week to shine with no new releases this week 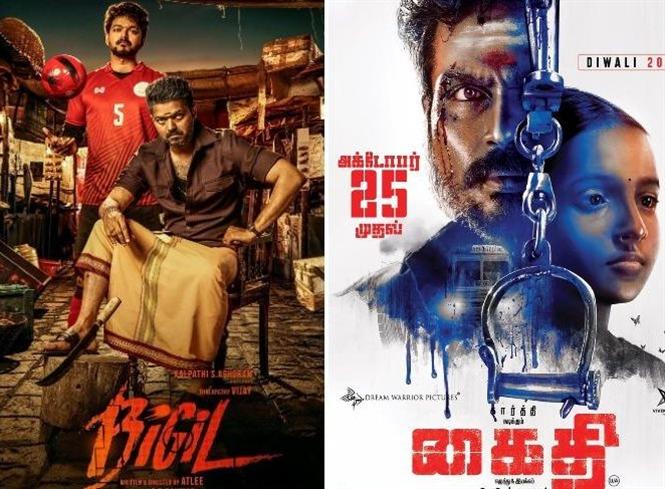 Diwali releases Kaithi and Bigil have been reaping money at the Box Office ever since they released on October 25. The films are now into the second week of run in theatres. Bigil has made profit in most of the territories, except for TN and few overseas regions. Kaithi has made profits in all the territories and is heading towards Superhit / Blockbuster status.

Apart from getting two weeks of undisputed run, Kaithi and Bigil are set to enjoy one more week of run, sans any competition, as there are no new releases this week in TN. Dhruv Vikram's debut film Aditya Varma has been postponed to a later date due to delay in censor certification. This has paved way for another week of smooth run for both the films by retaining most of the screens in the third week too.