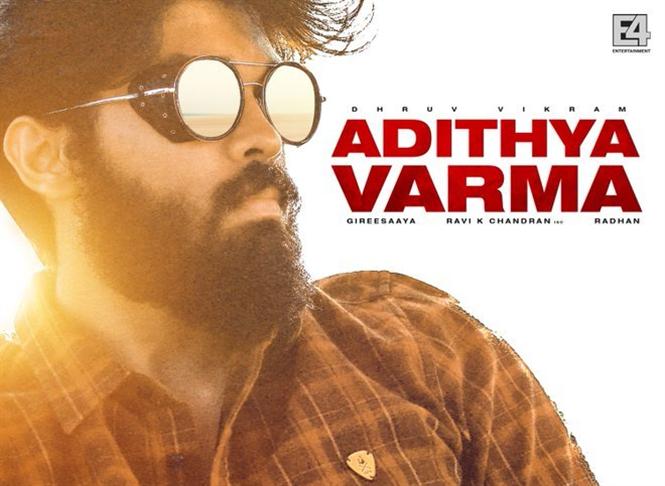 Dhruv Vikram is eagerly awaiting the release of his debut film Aditya Varma has completed the censor formalities and has been awarded an 'A' certificate. However the film which was scheduled for November 8 release has now been postponed to November 21. The production house has officially released a statement regarding the film's new release date. 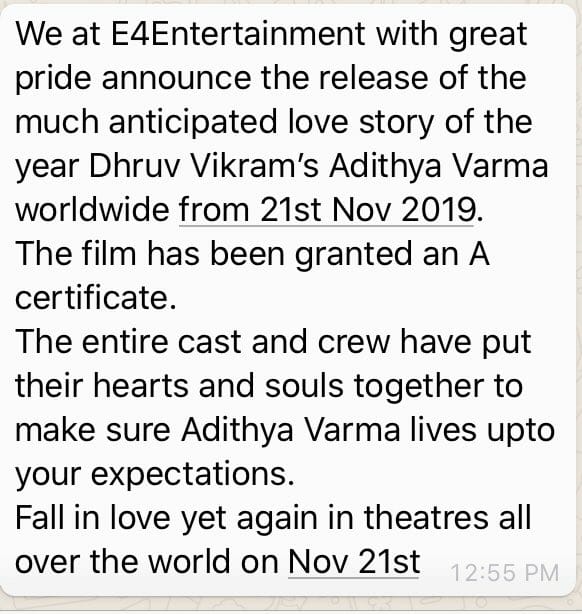 Looks like Dhruv has to wait for few more weeks for his film to see the light of the day. Aditya Varma is the remake of Telugu blockbuster 'Arjun Reddy'. An earlier version titled Varmaa was scrapped by makers E4 Entertainment due to differences with director Bala, and re-shot with a completely new set of technicians, retaining only Dhruv and Arjun Reddy's music director Radhan. Aditya Varma is directed by Gireesaya.