Vijay Sethupathi's Sanga Thamizhan back in the Diwali race! 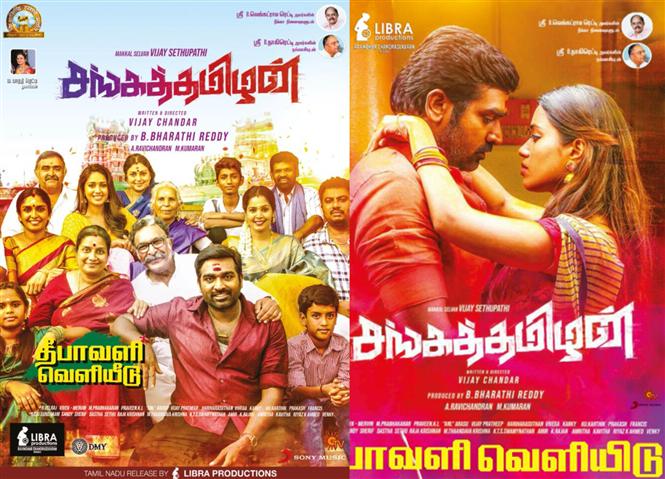 Vijay Sethupathi's commercial pot-boiler Sanga Thamizhan which was originally pitted for a Diwali release with Vijay's Bigil and Karthi's Kaithi, seemed to have backed out in-between owing to the competition. However, Libra Productions which has acquired the Tamil Nadu distribution rights of the film have confirmed that Sanga Thamizhan will indeed come out during the holiday season, as previously planned.

The Diwali season in Tamil cinema is a lucrative holiday to bank-on and with three top actors releasing their movies simultaneously this time, it remains to be seen how the theater screens will be distributed for optimum business for exhibitors.

Sanga Tamizhan features Vijay Sethupathi in dual roles with Nivetha Pethuraj and Raashi Khanna and is directed by Vijay Chandar of Sketch and Vaalu fame. Produced by Vijaya Productions, the film has  D Imman for music, Velraj for cinematography and Praveen KL for editing.