Bigg Boss fame actor Arav's upcoming film Market Raja MBBS had a trailer release recently and the same can be viewed above. Touted to be a story of a local don getting possessed by a doctor who gets killed instead of the don, the movie is directed by Saran and also stars Kavya Thapar, Radhika Sarathkumar, Nassar and Nikesha Patel in major roles.

The audio launch of Market Raja MBBS was conducted on Tuesday, where the team honoured Radikaa Sarathkumar with the title 'Nadigavel Selvi', marking her late father M.R. Radha's birth anniversary. 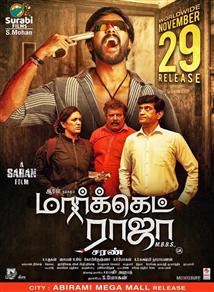