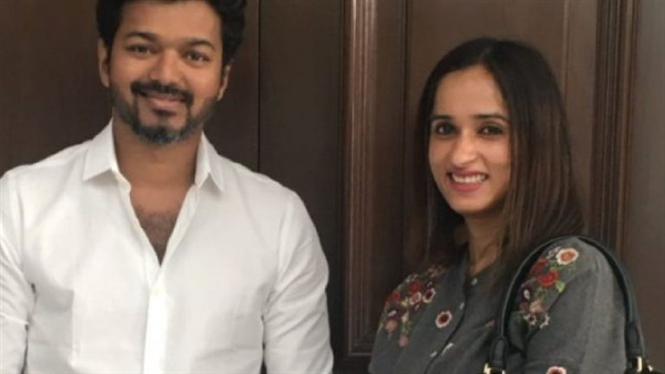 The audio launch of Vijay starrer Bigil has been the trending topic on all social media and media hubs. Both the producers Kalpathi Aghoram and Archana Kalpathi shared their experiences of working in the film.

Producer Kalpathi S Aghoram said, "Working on a project with Thalapathy Vijay was a 7-year long dream for their production house of AGS Entertainment and it has finally become a reality. Initially, he gave us 150 days of call sheet, which was so long indeed, but when things got delayed, he wholeheartedly gave additional 20 days for the shoot."

On her part, producer Archana Kalpathi said, "Just like how Baahubali became a trendsetter for historical genre of movies, so will be Bigil for sports genre based films."