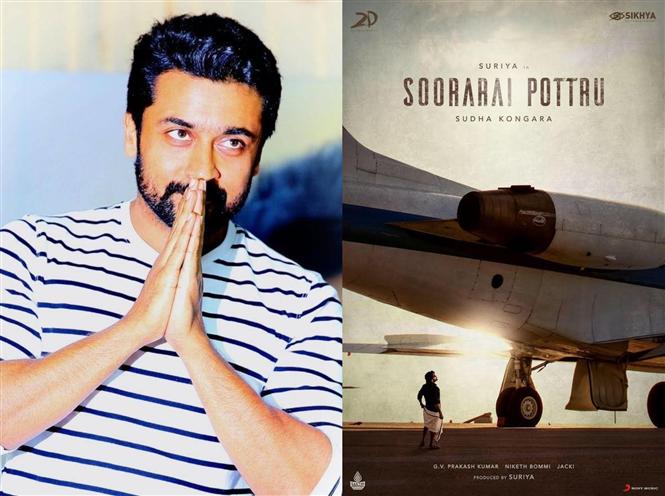 With huge expectations mounting upon Suriya’s Kaappaan hitting screens on September 20, 2019, industry sources mention that his other forthcoming movie Soorarai Pottru is scheduled for Pongal 2020 release. Directed by Sudha Kongara of Irudhi Suttru fame, the film is produced by Suriya for 2D Entertainment with Aparna Balamurali playing the female lead.

While the shooting of this film is going on full swing, it is said that the makers are on keen over getting the film released on January 10, 2020 as it is followed by a stretch of nearly 8-holiday phase. It is mentioned that Lyca Productions is also planning to release Superstar Rajinikanth’s Darbar directed by A.R. Murugadoss on the same date.