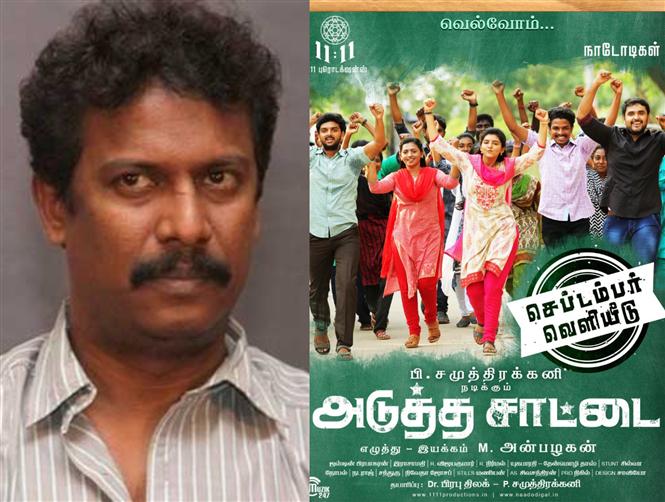 A drama unfolded very publicly on twitter when actor director Samuthirakani announced out of the blue that Libra Productions' Ravindran Chandrasekaran who was bankrolling his upcoming movie Adutha Saattai will no longer be associated with the project. "We would like to announce that Libra Productions' Mr. Raveendran Chandrasekaran has no connection whatsoever to the movie Adutha Saattai", wrote Samuthirakani late last night.

The production house responded to this tweet by writing, "Besides the Rs. 50 lakh that we spent on Adutha Saattai, we do not have any further connection to the film Adutha Saataai. Libra Productions hopes that they will pay the money back legitimately."

While the reason for this sudden public feud remains unknown, it is to be seen if the movie will release as planned in September, 2019 without further hassle. 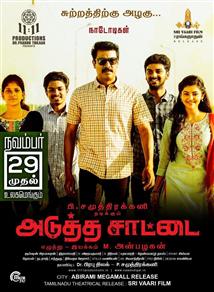