Internet has mixed reactions to Neo & Trinity returning with Matrix 4! 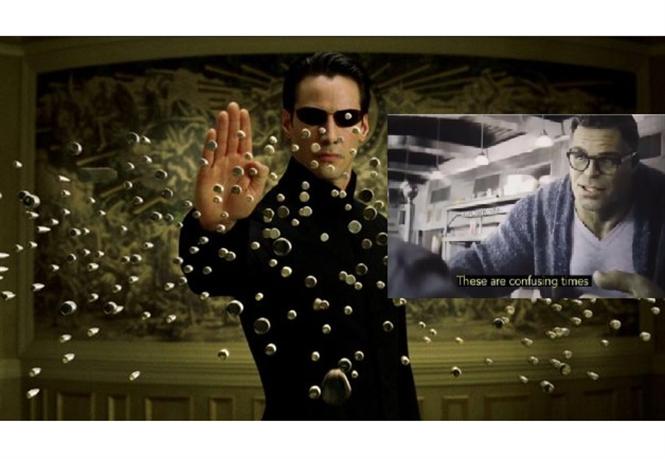 Anyone who grew-up in the 90s needs no introduction to the effect Keanu Reeves and his Matrix franchise had on popular culture. From martial-arts infused action-scenes to the slow-motion "bullet-time" visual effects and even the coat worn by Reeves becoming famous as the 'Matrix coat', the brain-child of Lana and Lily Wachowski left a memorable impact between 1999 and 2003 with three films The Matrix, The Matrix Reloaded and The Matrix Revolutions .

16 years down the line, a fouth Matrix film has been announced officially by Lana Wachowski who will continue the tradition of writing, directing and producing the film. She has also confirmed Keanu Reeves and Carrie-Anne Moss to be returning for Matrix 4 and this has raised some questions among netizens especially since their respective characters Neo and Trinity were killed off at the end of the trilogy.

Since the announcement was made the same day as Spiderman exiting the MCU, and considering how Matrix 2 and 3 were relatively not as well received, the reactions overall were mixed.

That's not all too bright considering how shit Matrix 2 and 3 were.

I hope the Matrix 4 doesn’t disappoint me. #Matrix4 pic.twitter.com/3zIgRPIJNh

What timeline is this??? #matrix4 pic.twitter.com/PHWnKk6zRu

So #Matrix4 we get Keanu Reeves and Carrie-Anne Moss but what about The Architect we need him back too pic.twitter.com/goHcZyOJbb

This is @wbpictures when they see that #keanureaves is trending in 2019. #Matrix4 pic.twitter.com/zqVO1DvMwZ

My only concern is that... So far, only Lana is set to write and direct. No Lilly? That worries me a lot. And nobody to talk about that? We need The WachowskiS. #Matrix4 pic.twitter.com/vaL0m38qiF

Omg #Matrix4 ... I’m sorry to say it but I’m #hugely excited. I love Keanu and Carrie Anne-Moss delivers some of the most iconic scenes in film history for me ... I think this one will be amazing. pic.twitter.com/b7hFHzVO3M

The Spider-Man deal is between Marvel and Sony is over, even though Spidey was great in the MCU but then suddenly Matrix 4 is happening with Neo and Trinty? #SpiderMan #matrix4 pic.twitter.com/ZWNwOlBdMk

Gunna put it out there now, first poster for the movie will say M4TRIX. #Matrix4

Is neo still alive?
the waiting for #matrix4 begins

First blush on the #Matrix4 , I thought OK so the Architecture lied, that wasn't Neo in the sunrise and Trinity didn't die because we clearly have a Matrix inside the Matrix sitch.

But I've been thinking. That would make it an almost impossible story to suss out for viewers.