Samuthirakani is back to pavilion with Radhika in Sun TV 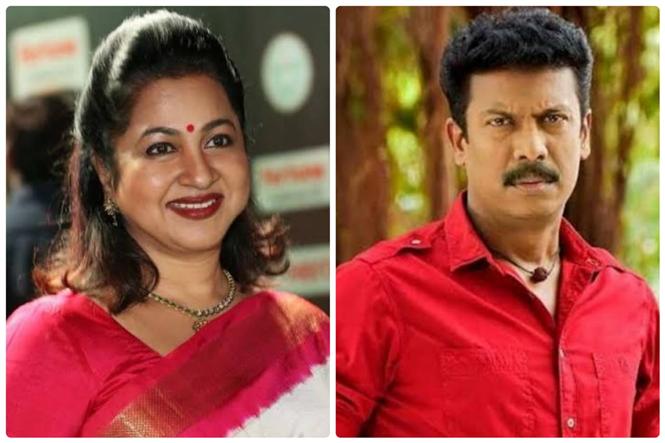 Critically acclaimed filmmaker and actor Samuthirakani is all set to make his comeback in small screen directing a TV serial with Radhika Sarathkumar in Sun TV. It is worth mentioning that both of them collaborated in TV series ‘ARASI’ back in 2007. Following this, Samuthirakani embarked on his journey as a filmmaker and actor in big screens… Well, for Radhika Sarathkumar, who made an unexpected exit from ‘Chandrakumari’ TV serial that was launched after her magnum opus ‘Vani Rani’.  The official announcement about the film title and others in the TV series can be expected anytime sooner.