Sivakarthikeyan's Hero gets a Bollywood Villain! 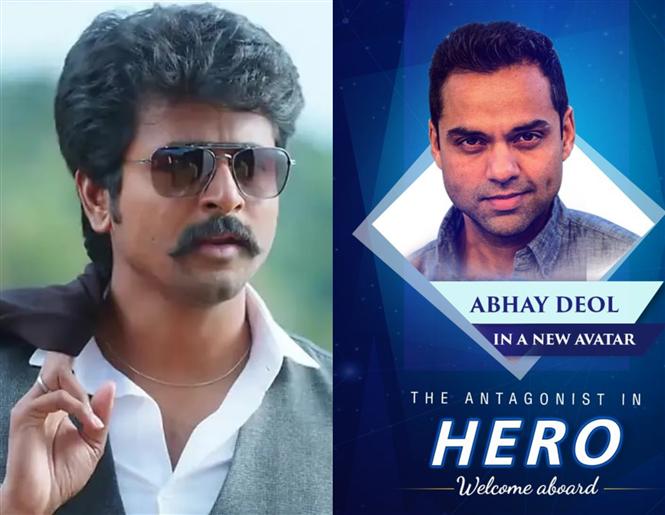 Actor Sivakarthikeyan's upcoming thriller Hero which is directed by P.S. Mithran and also stars Arjun in an important role has a new addition to the film's cast. Bollywood actor Abhay Deol who has been seen in films like Dev D and Zindagi Na Milegi Dobara will be seen playing villain to Sivakarthikeyan, said an official announcement from the makers.

Hero also has Kalyani Priyan and Naachiyaar actress Ivana in important roles with Yuvan Shankar Raja for music, George C Williams for cinematography and Antony L Ruben for the edits. The film is produced by KJR Studios.