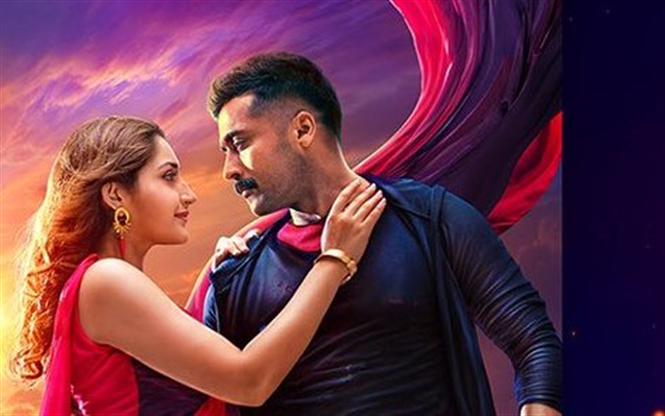 Suriya's Kaappaan, which has scheduled a grand audio launch on July 21 will reportedly have the second single track released tomorrow (July 19). Our industry sources have mentioned that the song titled kurile would be a Hip-Hop duet in the trademark style of Harris Jayaraj. Significantly, the film’s first single ‘Siriki’, a fast beat folk number has already sparked off an instant sensation over its release.

Confirming about the single release Sony Music has tweeted

* Surprise * An incredible @Jharrisjayaraj musical delight! The enthralling #Kurilae from #Kaappaan will be out tomorrow at 6PM! Stay tuned !

As known earlier, Kaappaan is a spy thriller with a power house star-cast comprising of Suriya, Mohanlal, Arya, Sayyeshaa, Boman Hirani, Samuthirakani and few more prominent actors. Produced by Lyca Productions, KV Anand has directed this film, which is slated for worldwide release on August 30, 2019.