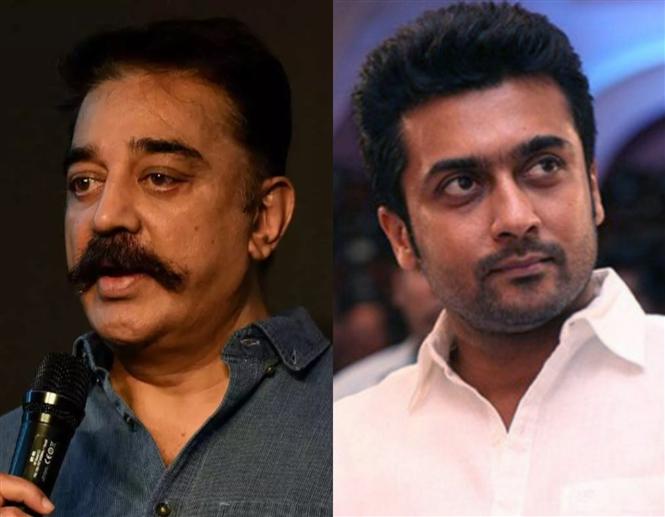 In an open statement condemning the 'dominating attitude' of the ruling party members, actor-politician Kamal Haasan has come out in support of Suriya and the latter's criticism of the center's National Education Policy (NEP) draft of 2019.

"Brother Suriya and his family members have been working for the educational development of the under-privileged and working-class students for many years now. So Suriya has every right to talk about education. I agree with many of the points Suriya has raised with respect to the new National Education Policy (2019).

Makkal Needhi Maiyam condemns the autocratic attitude of the ruling parties who speak ill of Suriya, when he only opined about a draft policy, which was released with the intention of attracting opinions from the public. Brother Suriya definitely has my support.", said the statement from Kamal Haasan.

Earlier Suriya's statements on the policy had drawn flak from the AIADMK and BJP with the former calling them 'half-baked' and the latter's state chief (Tamilisai Soundararajan) saying "..people who have no idea on NEP are talking about it.."