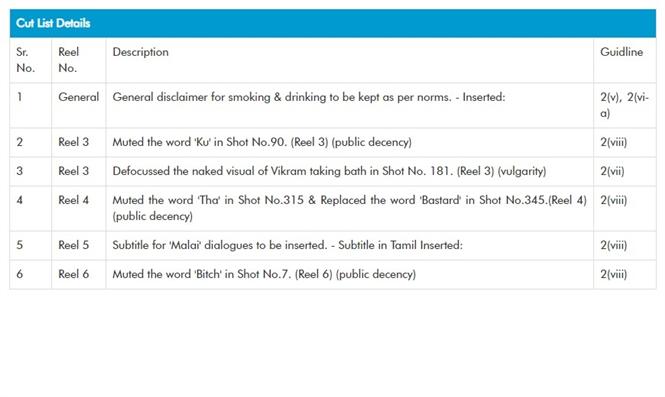 Actor Vikram's upcoming espionage thriller Kadaram Kondan is an U/A certified film which is scheduled for a release on July 19, 2019. At this time, the list of cuts and mutes applied by the CBFC on the film has been outed and the same can be viewed above.

Directed by Rajesh Selva, the film also stars Akshara Haasan in an important role and has Ghibran for music. Touted to be a remake of the French film Point Blank, the events of Kadaram Kondan take place over a period of two days and Vikram plays a stylish character named KK in it