Arun Vijay's final work for Saaho is over 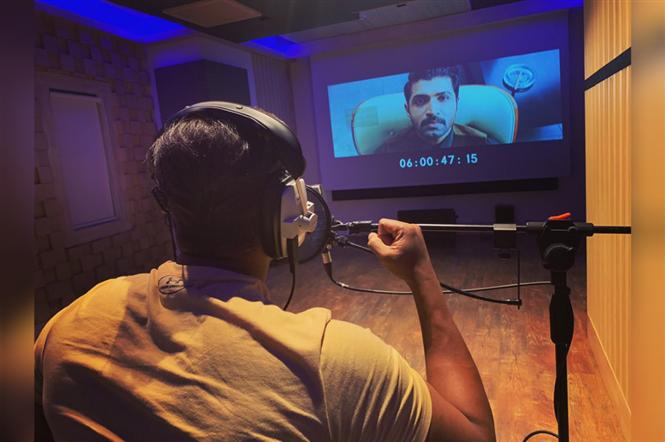 Actor Arun Vijay has completed dubbing his portions in Prabhas-Shraddha Kapoor starrer "Saaho" now. The actor, who is playing one of the negative characters in the film posted an image of him in the dubbing session saying, "Completed by dubbing for Saaho". With the film's post-production work nearing completion, the will have simultaneous release in Tamil, Telugu, Hindi and Malayalam on August 15, 2019.

Recently, the first single track 'Kadhal Psycho' crooned by Anirudh Ravichander along with Dhvani Bhanushali and Tanishk Bagchi and other tracks are expected to be launched before end of this month. Produced by Vamsi-Pramod for UV Creations, the film is directed by Sujeeth of 'Run Raja Run' fame.