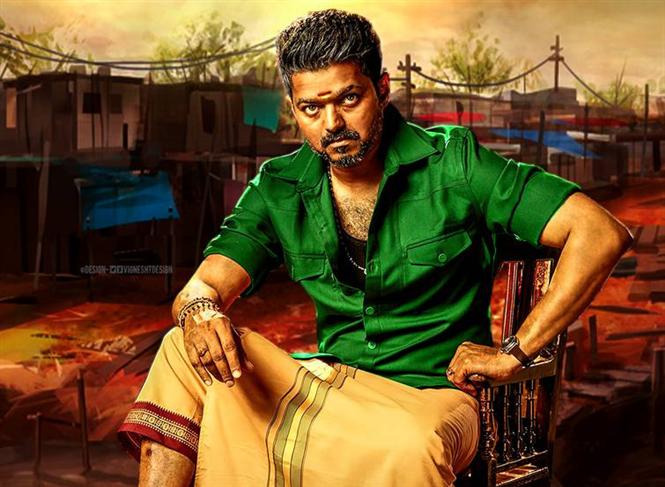 Vijay’s Bigil directed by Atlee is definitely one of hugely anticipated films in Kollywood which is set to hit the screens for Diwali. Vijay is essaying dual roles as father (Bigil) and son (Michael). The film shooting is progressing at a brisk pace and the entire shoot is expected to be wrapped by the end of August.

In a recent interview, writer Ramanagiri Vasan who has collaborated with director Atlee for the third time in Bigil, after Theri and Mersal has revealed that the film has no flavor of politics. He has said that there is no politics or politics related dialogues in the movie.

Throwing more light on the film, he had said, “You will get to see a never seen before Vijay as both the father and son. Nayanthara has an important role apart from the glam quotient. Bigil has shaped up well and will be bigger compared to Theri and Mersal. We have done justice to the script. Though Bigil is a sports film, it has been laced with comedy throughout and the comic portions involving Vijay, Vivek  and Yogi Babu have come out well. The entire film shoot will be wrapped up by August and the film will definitely be a Diwali treat for fans.”