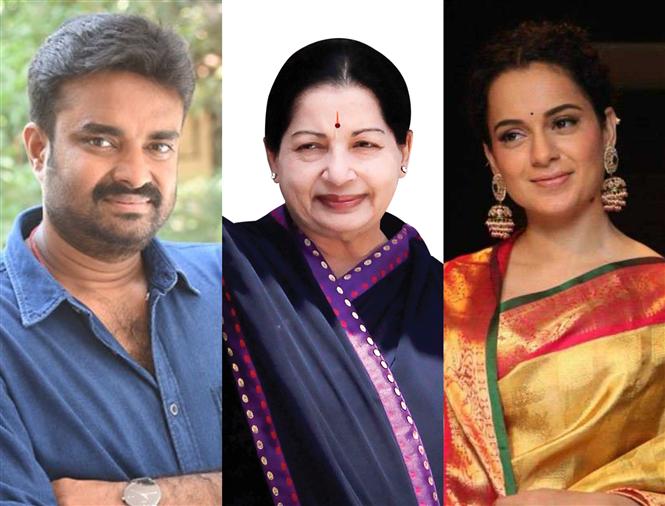 Director AL Vijay's biopic on the life of former Tamil Nadu Chief Minister J Jayalalithaa, will have Kangana Ranaut reprising the late Iron Lady's role. Latest on the movie which has been titled Thalaivi in Tamil and Jaya in Hindi, is that it will begin shooting from October, 2019, though a definite date is not known.

Reportedly, the movie will begin shooting of sequences featuring young Jayalalitha in Mysore, the place where Jayalalitha was born. The bilingual biopic is a production venture of Vishnu Vardhan Induri and Shaailesh R Singh and at the time of announcing her being a part of this film in March, Kangana had said,

"I was working on my own biopic, but her (Jayalalithaa) story is very similar to my story. In fact, it is a bigger success story than mine. When I heard the narration of this film, I found many similarities between both the stories.

So when I had the option to do a film based on her story or my story, I decided on the former..Unless I fail miserably and they have to look for an option for my dubbing. But I will definitely learn the language,"

Thalaivi was first announced in August, 2018 with G.V. Prakash for music, Nirav Shah on cinematography and Anthony for editing. K.V. Vijayendra Prasad, writer of films like Baahubali and Bajrangi Bhaijaan was said to have been brought on board as well.