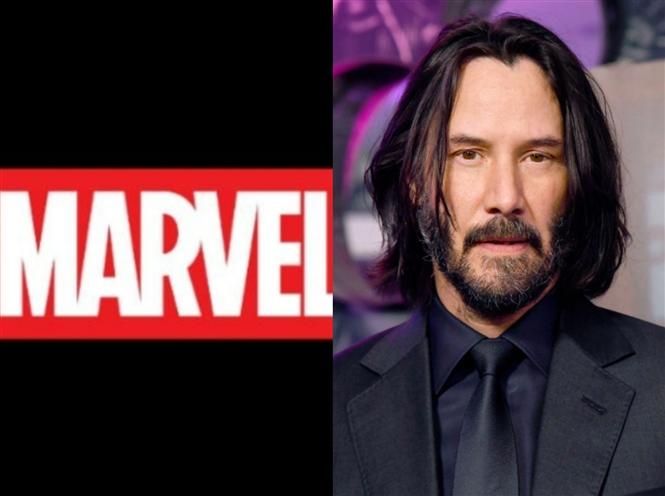 Hollywood actor Keanu Reeves who has been having a phenomenal 2019 with releases such as Jon Wick: Chapter 3 - Parabellum, Toy Story 4 (voice-character) and Always Be My Maybe (the much-talked about cameo). So it is no wonder that he becomes a point of conversation in interviews relating to films or the year as such.
Recently Marvel president Kevin Feige was thrown a question of that sorts and was asked if he has ever approached Keanu for a role in the MCU. Fiege's response of “We talk to him for almost every film we make,” has caught on like wildfire on the internet, sending fans into anticipation frenzy.
After Fiege said, "I don’t know when, if, or ever he’ll join the MCU, but we very much want to figure out the right way to do it.”, fans of both the MCU and the John Wick actor have reacted thus:

Awesome!!!! He said he wanted to play the wolverine! And well. If some1 else plays it people would be pissed and wouldn’t like it.
But every1 lives #KeanuReaves right now so #Marvel #KevinFeige #Wolverine let’s make it happen #MarvelStudios

They should just incorporate Keanu Reeves in the MCU as John Wick. The dude is already a superhero lol...and while they're at it, include Denzel Washington as The Equalizer! #KeanuReaves #KevinFeige #MCU #AdamWarlock #Marvel80 pic.twitter.com/rzahRwNIPO

keanu reeves minding his business while marvel calls his phone for the 7th time that hour to recruit him pic.twitter.com/cSTTbjNHI0

Kevin Feige: Hey Keanu which Marvel movie would you like to star in?

me: I’ve never seen a single Marvel movie and I don’t plan on watching one anytime soon

me the minute Keanu Reeves agrees to be in a Marvel movie: pic.twitter.com/S1xMnRqCwz

Keanu is everywhere these days and I love it. The final step to completing the Keanussance: joining the MCU. Really hope it happens, he would be great. pic.twitter.com/EeIRR6TeSy

He can probably blow up a planet with this look 💥🔥
Anyway it wouldn't @Marvel me. So bring him to it 😎😊#KeanuReeves #MarvelStudios #bringiton #priceless pic.twitter.com/FqnTbz9pJB