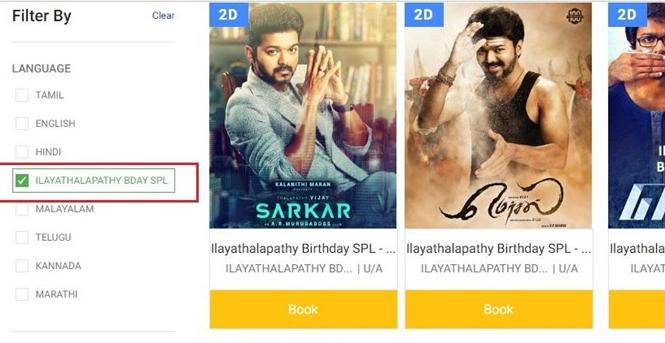 Actor Vijay turns 45 come June 22 and ahead of the actor's birthday, the makers have announced that an update about Vijay's upcoming film, Thalapathy 63 will be revealed today at 6 P.M.

Speculations are that a first look release with the title announcement of Thalapathy 63 will be made on Vijay's birthday.
Special Screenings
Special Screenings of Vijay's hit films have become a norm for the actor's birthday and theaters across Tamil Nadu, Kerala (where Vijay enjoys a massive fan-base) and Malaysia have been making announcements regarding the same.
33 Special Shows allotted in Kerala 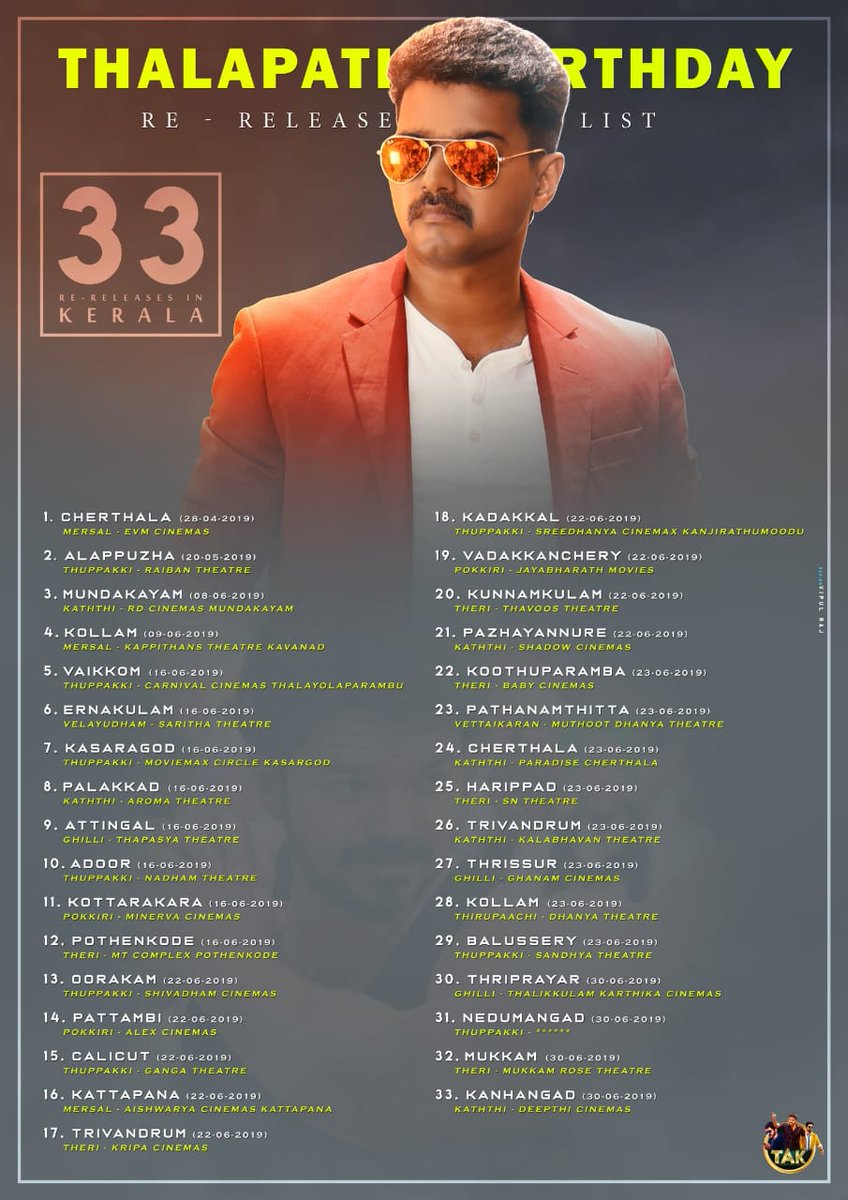 Ticketnew Booking site had introduced a filter "Ilayathalapathy Birthday Special", listing all the theaters screening special shows of Vijay films in Tamil Nadu on the occasion of stars birthday 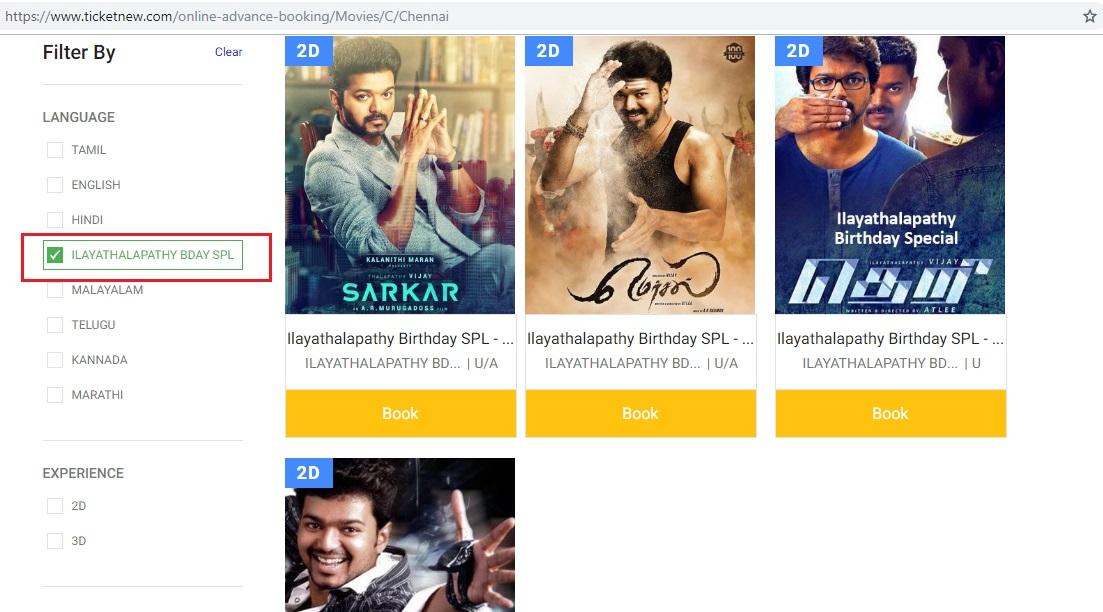 Even popular multiplex like SPI Cinemas will be screening Vijay's Theri as a special show on the occasion of star's birthday in Chennai, Pondicherry and Coimbatore.

First time ever, special show in @SPICinemas for birthday #Theri will be screened at SPI Cinemas on birthday week (Jun 21-27)