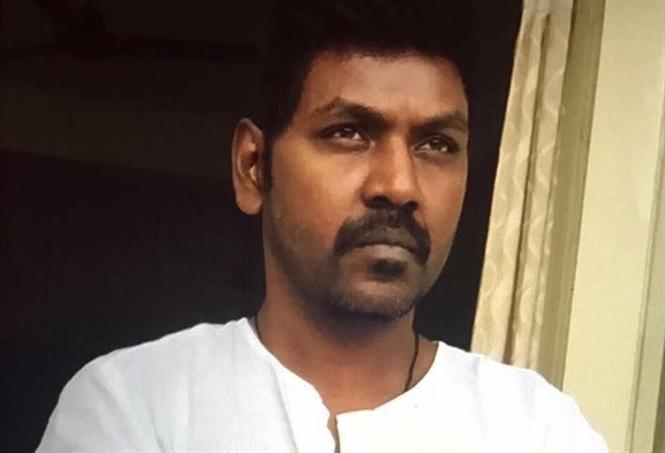 In a shocking turn of events, few hours after the release of Laxmmi Bomb's first look by actor Akshay Kumar, the director of the film, Raghava Lawrence took to Twitter to inform that he is quitting the project as he feels very disrespected and disappointed. He revealed that the team did not discuss with him about the first look release and he is also not satisfied with how it has shaped up.

Here is the press note shared by Raghava Lawrence: 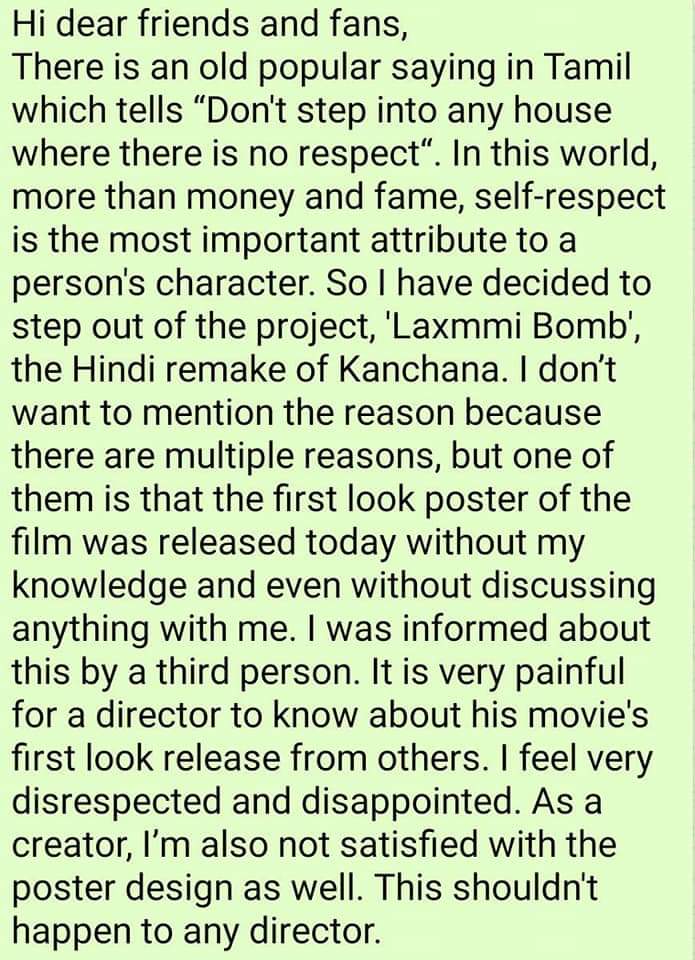 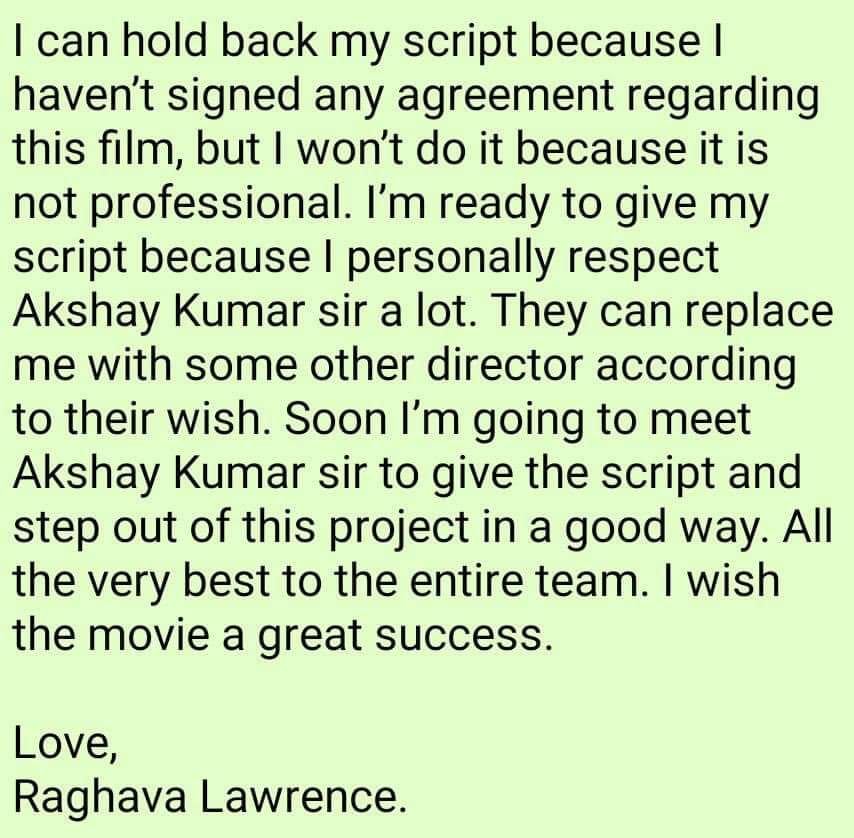