The official trailer of Lisaa, India's first 3D horror film starring Anjali in the lead is out now. The movie which is written and directed by debutant Raju Viswanath, features the leading lady and her love interest visit her grand-parent's and being subject to the wrath of paranormal spirits.

Also staring Yogi Babu, Sam Jones and Mime Gopi among others, Lisaa produced by PG Media Works in association with Trident Arts is expected to release on May 24, 2019.

The movie will also be released in Telugu and it is being presented in Tollywood by Veeresh Kasani under the SK Pictures banner. 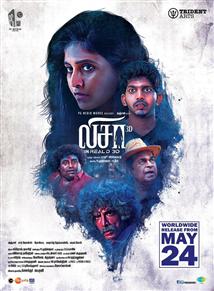