Tamil cine actors turn up for voting in Phase 2 of Lok Sabha Elections, 2019 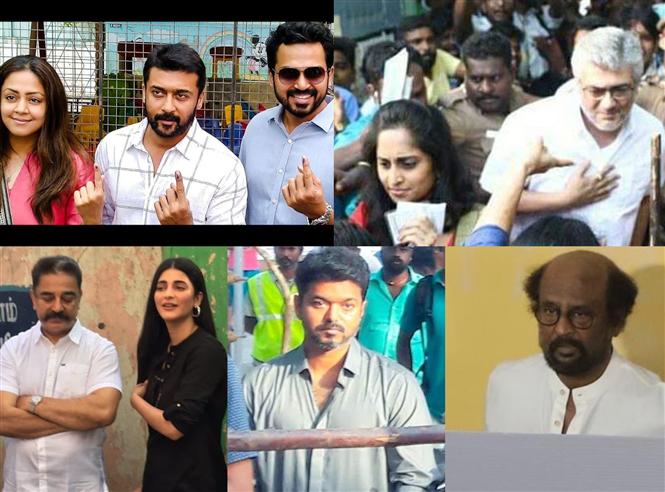 Up until 11 AM on Thursday, the state of Tamil Nadu recorded a 30.62 per cent polling, in what was essentially a day for about 6 Crore voters to exercise their franchise. Reportedly Chennai Central polled the minimum with a 22.89% turnout though Tamil cine celebrities showed up in large to register their vote dutifully, in the ongoing phase 2 of the Lok Sabha Elections.
Actor-politicos Rajinikanth, Kamal Haasan, Vijay Kanth were seen casting their vote and other industry stars who were spotted at the voters' queue were Vijay, Ajith, Dhanush, Suriay, Jyothika, Karthi among others.
Images of these actors from the polling can be seen below:

Done with the most important duty #TNElection2019 . Did you vote ? pic.twitter.com/lgDL6HkX8z 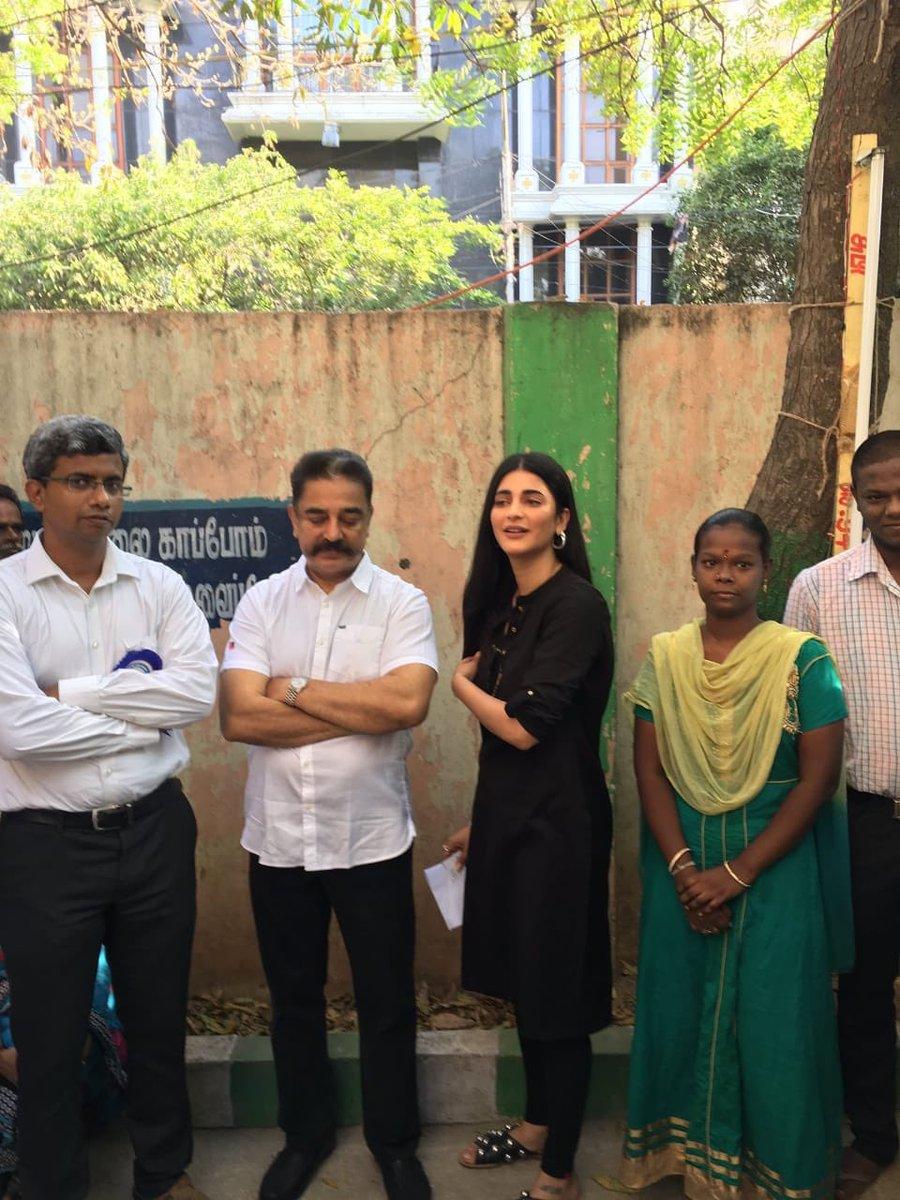