Oviya's 90 ML Trailer is what the CBFC would term 'Contanious'! 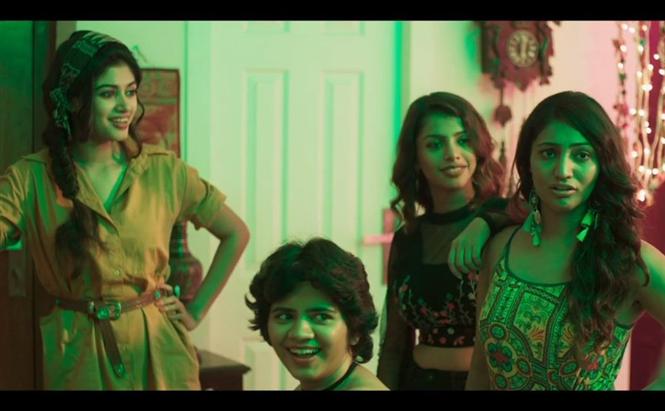 A considerable amount of eyes have always been expectant of Oviya's big screen comeback, for the actress who gained a massive fan-following post her Big Boss stint is yet to give her audience a film with her as the full-fledged female lead. This status changed yesterday when the trailer of her upcoming film 90 ML which has Simbu for the music was released.
Anyone who's watched the trailer would agree that the film takes major inspiration from the theme of films like 'Sex and the City' and 'Veere Di Wedding' where grown up women openly discuss sex and relationship issues.
Needless to add, the trailer has received flak from a certain section who have either objected to the display of 'women escapades' or as the CBFC calls it 'contanious sexual scenes' (90 ML has been certified A) and most importantly Oviya being in a 'film like this'.

Movies are powerful medium here many youngsters will get easily influnce on it when having huge fan base should have some responsiblity to choose script properly but kasu vangita ipdiya want to go low this very cheap... #90ml

Thoughts after watching #90ml trailer: this is going to cause some unfortunate teen pregnancies. 😓

#90ml #90MLTrAiler people have forgotten the art of film making..Before making such films watch some of our legends films like K.Bhagyaraj which had same content but enjoyed by whole family..Those who know the meaning they enjoy it much better..

இந்த மாதிரி படங்கள் தமிழ் சினிமாவின் சாபக்கேடு @itisprashanth ...I feel sad & angry people indulging in making such cinema to make money by titillating the youth. Down down such vulgar & crude films. Sorry to say this but I am so upset seeing these scenes #90MLTrailer ✍️✍️✍️👎👎 https://t.co/rmJylaUsEr

Oh my oviya 😐 #90MLTrailer worst decision... Better you could have avoided this blunder...At least considering your kids fan following @OviyaaSweetz

However, an equal section has also tweeted in support of both the film leaving us wondering if the Tamil film audience has become more tolerant of sensitive subjects that could sully the on-screen image of a woman.

If the level of sexual exhibitionism that was showcased in Arjun Reddy is acceptable, then @OviyaaSweetz in #90MLTrailer is completely justified.

Admit it, you're probably just intimidated rather than truly wanting to save the society.

If same thing as been done by bollywood or Netflix it wud ve becm "Amara kavyam", "bold actress", "more power to you girls", "kudos for their effort" bla bla.. If it's done by our people it's cheap, spoiling the society bashing bashing and bashing #90MLTrailer

A Movie is a Movie 🎥 why make a big fuss

Wow 😂😂 commenting on a film even without its release. What if it had a strong message to women ? Don't judge a book by its cover @itisprashanth and @OviyaaSweetz #OviyaArmy ignore negativity and move on #90MLTrailer

1 good thing to appreciate in #90ml, there is no double meaning dialogues 😊😊😊 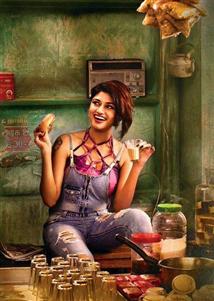