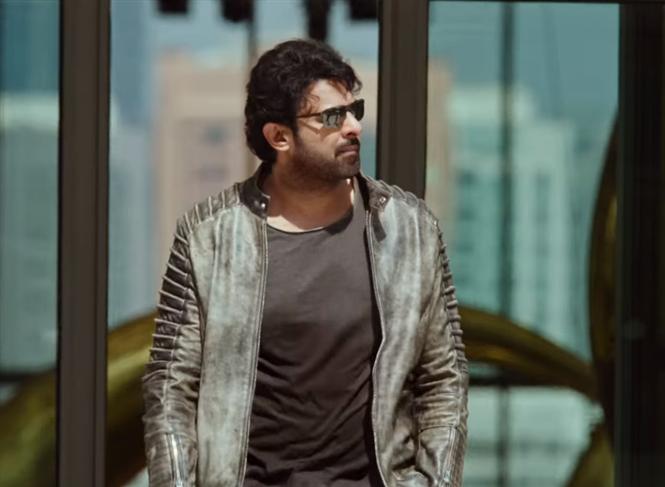 Saaho featuring Prabhas in the lead role is one of the most awaited films across the country. The expectation on the film is quite high following the blockbuster success of Baahubali series. On the occasion of Prabhas' birthday today, the makers have released a video titled "Shades of Saaho" which gives us a glimpse of the action sequence choreographed by Hollywood choreographer Kenny Bates in Abu Dhabi. The team has spent around Rs. 90 cr for the UAE schedule, making it the highest ever budget spent for a single schedule of an India film.

Saaho is a trilingual action thriller movie directed by Sujeeth Reddy and produced by UV Creations. Shraddha Kapoor plays the female lead. Arun Vijay, Neil Nitin Mukesh, Evelyn Sharma, Vennela Kishore, Murli Sharma, Lal, Chunky Pandey, Mandira Bedi, Mahesh Manjrekar, Tinu Anand and Jackie Shroff in supporting roles. The film is set to hit the screens next year. Thaman S has scored the music for this video while the music for the movie has been composed by Shankar Ehsaan Loy.