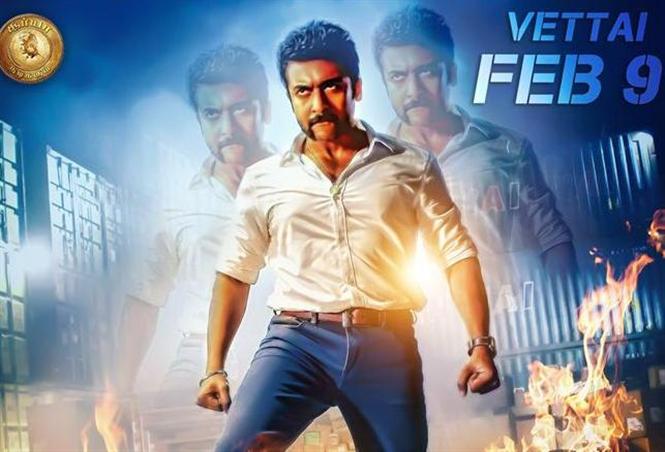 Following the commercial success of Singam 2 despite mixed reviews, Hari has teamed up again with Suriya to bring to screen Singam 3. It is clear even after delivering successive hits had not made Suriya nor the director Hari complacent.

Suriya's dedication and hardwork is evident in every frame. It is clear that Suriya has not taken the success of Singam franchises for granted. Suriya takes the effort to still maintain the continuity in his characterization, high energy levels on screen and lion-sized aggression intact as in previous episodes. Suriya looks fit and young while rest of the cast members show some ageing during the course of last 7 years. Suriya has a number of applause worthy performances throughout.

Hari sticks to what has been working; he has not taken any risks in changing a thing. The basic structure of all his 3 parts have essentially followed the same pattern. The scope and scale of issues that Duraisingam takes on has gotten bigger. Hari must have taken the mixed reviews from 2nd part to his heart. Hari has worked harder on getting a tighter script with more plot details packed tightly. Hari has made sure he closed the links and loose ends from the past episodes. For example, Hari ensured that Manorama's demise is intelligently weaved in as part of the story and to give a closure. Similarly, referencing a few scenes from 2nd part when trying to get away from the Australian cops at the Airport. Hari is more keen on hunting down the baddies and less on allocating screen time for love, romance and emotional scenes. The movie could have cut down multiple sub-plots and probably focused on delivering more impact on setting up the key scenes. Despite these minor criticisms, Hari keeps it engaging and quite literally running for most parts.

The cast and characters are essentially the same with minor changes. Anushka screen time continues to decrease. Similar to Hansika's role in Singam-2, Shruthi plays the one-side love interest infusing some lighter moments. There is an army of renowned star casts making very brief appearance. One new addition is Radhika with a couple of short and impactful scenes. Soori provides comic relief, taking over the mantle from Vivek and Santhanam in previous parts.

With minimal changes to the technical crew, Hari has managed to keep Si3's style and making very consistent with previous parts. The fast ramp edits, whizzing camera work, loud background scores are very much the same and keeping up what is expected of Singam franchise. Harris Jayaraj is probably the biggest change on the technical side. Harris sacrificed his personal style to adopt Devi Sri Prasad's style of background music, which has been an integral part of Singam 1 and 2. Harris' background score helps the scene despite being continuous and loud. However, Harris' contribution in the songs department is weak, further aggravated by familiar choreography and picturization. The intensity of stunts have been amped up to incredulous levels as Suriya tosses and kicks villains in all directions. The art work is most noticeable in "Sone Sone" song with elaborate set design. The editing is so dense with no room for emotions as it rushes all the time.

No doubt, Singam 3 (Si3) is better than the 2nd part. However, Si3 still doesn't match the first installment in terms of engagement. Hari has put in more effort to keep it more interesting. Si3 episode has all the necessary ingredients to keep the Singam franchise flying high. However, the inopportune timing of release while TN people are pre-occupied by political turmoil in Tamil Nadu may prove to be a dampener for the movie. 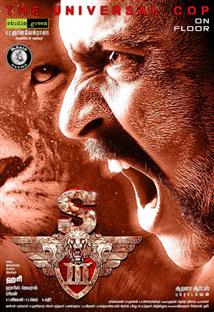