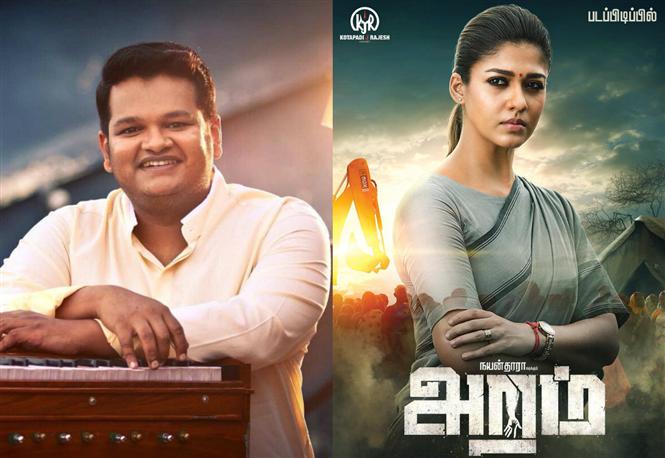 Latest update on Nayanthara's 55th movie Aramm, is that the team has finally zeroed in on the music director. Composer Ghibran who has given some wonderful music with albums like Papanasam, Thoongavanam, etc has been signed on for taking care of the music department of this film. Produced by KJR Studios, the movie is written and directed by Gopi Nainar. Kotpadi J Rajesh is credited as the producer of the film with Soundar Bairavi being the executive producer. The rest of the technical crew includes Om Prakash for cinematography and Peter Hein for the stunts. The story of Aramm revolves around the issue of water scarcity and Nayanthara will be seen playing the role a district collector in this film.