Rekka starring Vijay Sethupathi and Lakshmi Menon in the lead roles is directed by Rathinasiva of Vaa Deal fame. Rekka will be an out and out commercial entertainer. Music is scored by D.Imman. The movie is produced by Comman Man B. Ganesh, who produced Vijay Sethupathi's 'Orange Mittai' earlier. 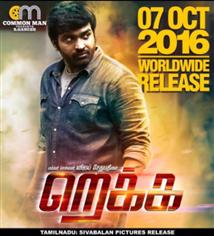