In spite of the mixed reviews, Thodari took a good opening due to Dhnaush's star power. The tacky CG work and inept screenplay have let down the movie. We will have to wait and see how the movie performs this week.

With rave reviews pouring in for this Manikandan directorial, it is highly likely that the movie could be Vijay Sethupathi's 5th consecutive hit as a solo hero. Yogi Babu has become the latest revelation in Tamil cinema, while Ritika Singh has impressed in a new avatar.

Vikram's 'Hit' film Iru Mugan held on to sizeable number of screens in the city in spite of two new releases. The mixed reviews haven't affected the movie's success at the box office.

Last week's releases, Nayagi and Sadhuram 2, sank without a trace. 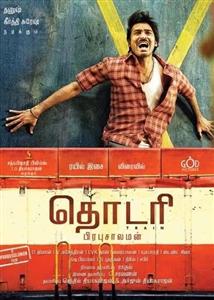