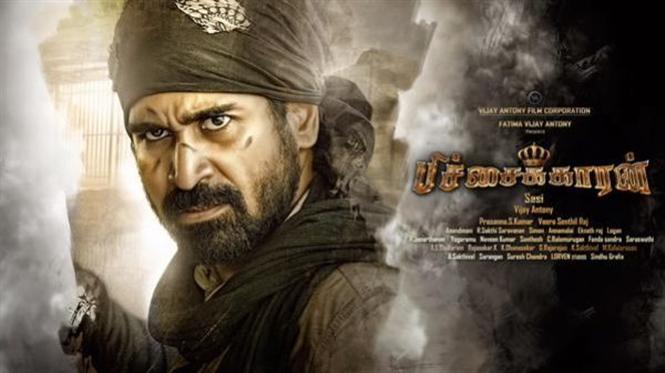 A title that you might associate with an offbeat film made for the festivals. But you are pretty much sure this film from the Sasi – Vijay Antony combo is not going to venture into such territory. Does this Pichaikkaran have us begging for more? Read on to find.

A business tycoon has to take to begging for a while for a purpose.

If anything the brief acting career of Vijay Antony shows that he definitely has a sharp acumen. While he has chosen films that are quite different from each other so far he has cleverly made sure that his role would fit into his scheme of things without trying to prove that he is a versatile performer. In Pichaikkaran too he plays the introvert that he seems so comfortable in. While this subdued way of performing is a breather from other commercial stars it would be interesting to see if he can successfully carry on in this mould.

The songs are surprisingly a little low key for a Vijay Antony musical. The stunt sequences are sort of rushed and while the lead up to these fights has some sort of a buildup they do end up quite ordinary.

Sasi has picked up an interesting knot for a proper masala flick. Though not entirely new with Thambikku Endha Ooru obviously coming to mind the reason and the settings do ensure that Pichaikkaran is unique. But Pichaikkaran tries to tread the middle path between an outright masala and a film that tries to show the lives of beggars in an entertaining manner. Trying to balance these two it never fully explores either one and the result is a middling entertainer. The hardships of a beggar that the film wants to portray is never felt in a single scene. The only scene that comes close is when the beggars are insulted midway while having a meal at  a wedding hall. Even here the impact is mostly from the dialogue. It is not that you need to have tear jerking scenes. But the core of the film is having the hero do something that might be the most difficult for him. But it all appears so easy. He begs in a few scenes, roams around with the heroine in most and has brief action encounters with the villains. None of this would have mattered if the film was made a proper masala that rode on the shoulders of a star or even with Vijay Antony himself. The thrill of the underlying danger that might result in the hero being not able to fulfill his self imposed exile is nowhere to be felt. The psychiatric hospital that illegally tests on its patients, the money minded uncle and a group of local henchmen. The hero has enough adversaries but no challenge as such. All these tracks seem carelessly treated and are just fit into the scheme of things. Infusing humour in villain territory is not a bad idea but not at the cost of diluting the tension.

An average masala churned from an interesting knot, this Pichaikkaran is neither too poor to beg nor too rich to offer. 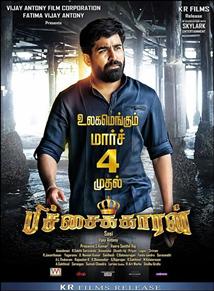