Gethu Review - Only In Its Title 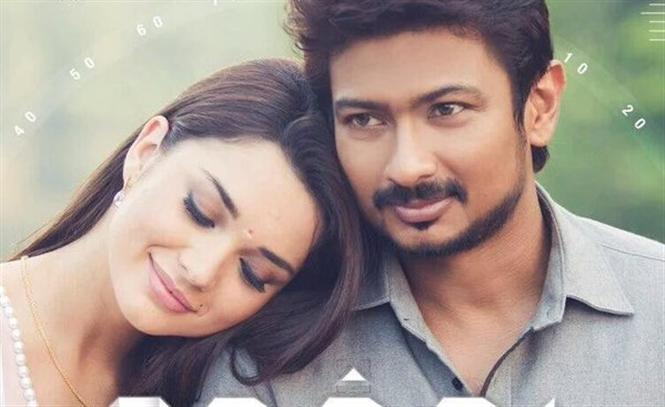 Gethu - Only In Its Title

In his short career so far as an actor, Udhayanidhi has played it safe sticking to the basics. With a title like Gethu it is obvious that he wants to move on. An all out action avatar might be too early. Proper balancing is the key and has Gethu got it right?

A sniper is on a mission to kill a scientist. The hero and his dad get into his scheme of things or are they pulled into this?

Udhayindhi Stalin tries to be this subtle youngster who can break bones when needed. He is just about all-right in the film. He shows some discomfort in a few dance sequences and this is a surprise.His earlier films had him dance adequately well or atleast the steps probably were chosen based on his comfort level. The stunt sequences however don't look odd and he does not look misfit in the action avatar. Amy Jackson plays a next door Tamil girl (Nandhini Ramanujam) for the first time. That it did not look comical is a revelation. Part credit to her and part credit to our other mainstream heroines who seem as alien as her in our movies. Sathyaraj takes it easy while Vikranth has little to do except for a slight makeover.

Sukumar's pleasant visuals and some soothing locales are the best things about Gethu. The action block in the first half has been handled well. It has a sense of what is usually referred to as 'mass' while retaining the authenticity factor.The songs are a mixed bag.

Thirukumaran's choice of scripts is interesting. His debut Maan Karate had a fantasy element in it. Now in Gethu he wants to tell a action thriller involving an International sniper. Problem is that the thrill factor hardly translates to the screen. All the energy seems to have been spent on the ambience. Vikranth walking in slo-mo to a repetitive BGM (the makers could probably announce a prize to someone who finds the lyrics) is the idea of the film's selling point. The plot itself seems to travel on different shoulders. It keeps trading places between Vikranth, Sathyaraj and Udhay. That everything is handled superficially does not help either.The scientist in the film is named as APJ. Abdul Kamaal. He is a bachelor. The makers are desperate that you won't get the cue. So they show a book written by him, 'Agni Iragugal'. Thanks God it was not 'Feathers of Fire'.Sure this was meant as a homage or dedication. But it only ends up giving a part spoof feel. The romance track isn't too bad but it has no place in this film. Amy occupies the screen in the initial hour and then shows up again in the climax. Running at less than 2 hours it is a sin to waste almost an hour with the romantic track and the songs. Apart from being catchy there is no reason for the film to be titled 'Gethu'.

Gethu tries to project itself as a cool and stylish action thriller. It ends up as a delicious looking meal that actually tastes bland. 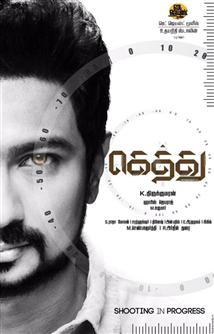