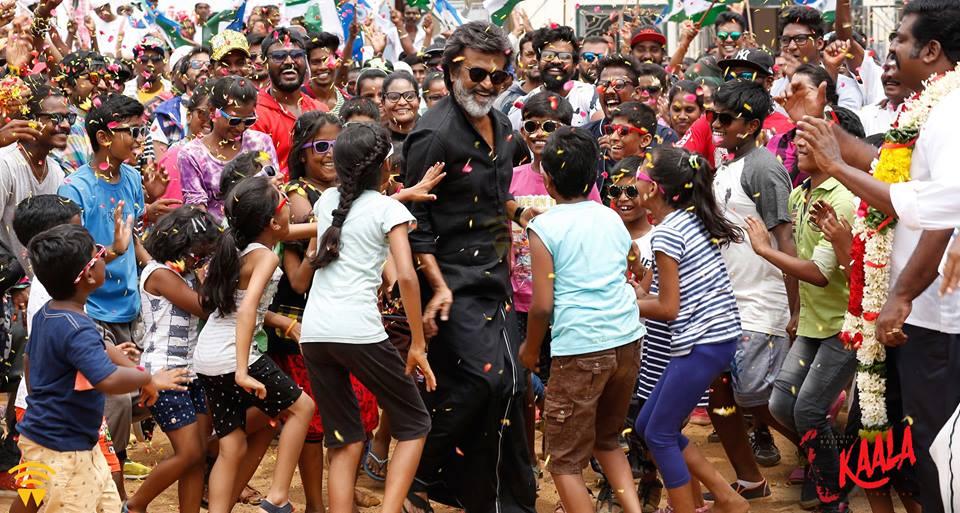 Not bad ,As my prespective movie was not up to the mark... (more)

Only felt ranjiths anxiety in film. Less light on superstar mass and style. Want more Commercial and powerful throttle Ranjith like mudhalvan it should be a heated lava. (more)

Useless movie by a useless director whose earlier movie kabali story was copied from an english movie.There is nothing in this movie no story, no good action, music is ok. Rajini is only saving grace. Lord RAM is portrayed with villain!. Hey Ram forgive this useless anti aryan,anti-Hindu director PA ranjith with zero talent who copies stories from here and there for his movies.If he has guts let him make anti-muslim or anti-dalit movie. 1 star only for rajini otherwise a big Zero movie! (more)

Another disappointed from Rajini.He could have used this money for his Party work instead of taking the movie.First half was very slow music was bad after spending so much on a movie they could have got a decent movie director. Overall a disappointment after Kabali. (more)

#KAALA - Pa. Ranjith's way of celebrating the Black! ***** NO SPOILERS****** ---- Beware of Lengthy review :P. Those who don't want to read the full review, go the bottom of the review for quickies. :D :D After disappointing Kabali, Ranjith is back to earn his good name again with Kaala and he did indeed. Even though thalaivar was praised for his performance in Kabali and the movie became a blockbuster due to the hype factor and the aggressive promotions, a lot of ardent fans including me, missed the usual Rajnikanth factors in the movie. This time with Kaala he was particular to fulfil those as far as he can (at this age) and did remarkably well. The story had the same template as Kabali with locations changed and with a compelling villain. The movie started with a protest in Dharavi Mumbai leading to the introduction of our hero which was the first Gethu moment in the movie with the rivetting BGM. Ranjith had given a lot of space to all the supporting characters in which Samuthrakani scored well throughout the movie. He was actually the comic relief and his timing one-liners were perfect. Santhosh Narayanan 's BGM was one of the major assets of the movie. Though the song 'katravai patravai' and the whistle reminded us 'Nerupuda' from Kabali, BGM in the movie for thalaivar and the villain Nana Patekar - stand out. It created a new aura. Songs were actually a headache except for the intro one and the climax song. The Sets of Dharavi were astounding, you wouldn't know that they've recreated it outside Chennai unless you came to know the fact. It was that real. The Screenplay was slow in both first half and second half and wasn't boring. First-half showcased thalaivar's gethu while the second half was more of the villain's show. #Nana_Patekar was a powerful villain for thalaivar after a very long time. You don't have to shout and scream punch dialogues to showcase your villains and he was one example for it to portray villainism with actions and being subtle at the same time. The lady lead #EaswariRao was surprisingly great with her innocence and the love towards Rajni. Huma Qureshi too delivered a good performance. Finally, the superstar thalaivar Rajnikanth with his screen presence being eternal, shined in the silver screen with fire and ice with his powerful factors and cute elderly romances respectively. He doesn't have a much acting scope as Kabali, but still, with his experience, he could do anything. For fans, there were around 4 to 5 gethu scenes which are a cakewalk for thalaivar were electrifying. Ranjith had researched a lot about Dharavi right from the locations, the slang used, costumes, people etc and delivered it good. It would have been much better if the screenplay were little gripping and the duration had trimmed. It's a full Pa. Ranjith's show with thalaivar's factor here and there and a good watch. Watch it for Rajnikanth as an actor, not a superstar ! (more)

Nice film ...Interesting........some of them would not like because they are jealius (more)

Ruining fan's expectations. Either Rajini should try to choose better scripts or should retire from movie carrier. A nonsense from Pa.Ranjith (more)