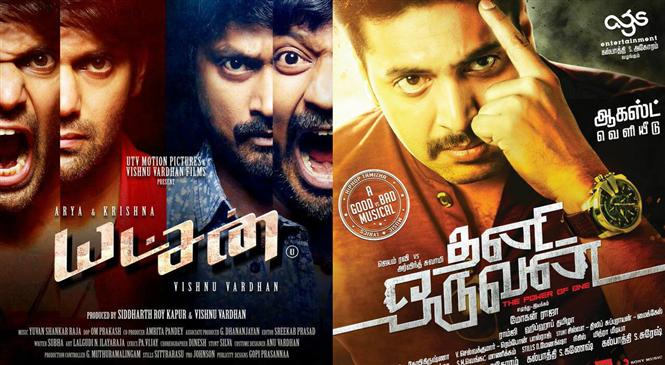 Director Vishnuvardhan's Yatchan had hit the screens last weekend, along with Pa. Vijay's Strawberry and Premgi Amaren's Maanga. While Yatchan opened to mixed reviews, the other 2 films were hardly noticed by movie buffs. Check out the box office ranking of Tamil movies during last weekend.

Jayam Ravi's Thani Oruvan is turning out to be one of the biggest blockbusters of this year. The engaging screenplay and Arvind Swamy's killer act have done the trick for the film.

Vishnuvardhan's Yatchan, starring Arya and Kreshna, opened to mixed reviews and the critics have blamed the uninspiring screenplay for the poor show. With a handful of films releasing this weekend, the movie's chances at the box office look bleak.

There was a drastic drop in the screen count of Vishal's Paayum Puli, directed by Suseenthiran. It looks like Vishal's unlucky charm with cop stories is still continuing.

GV Prakash's Trisha Ilana Nayanthara, Goundamani's 49-O and Nayanthara's Maya will be hitting the screens on Vinayagar Chathurthi (September 17). Expect a handful of other movies to hit the screens on the same day to capitalize on the extended opening. 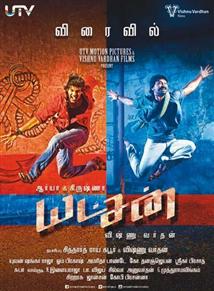