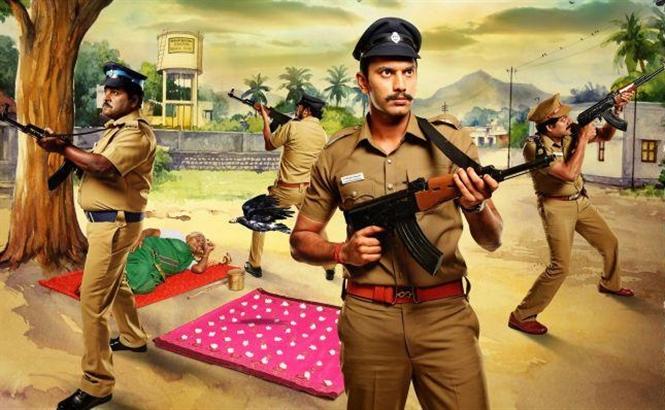 With a catchy title and Arulnidhi who is on a hunt for good scripts, NPNO would definitely warrant attention.  Is the film as intriguing as it’s title.

An ideal village where crime and lies are unheard words poses a threat of a different kind to four policemen. They hatch a plan to come out of this, only to lead to a ruckus on a large scale.

The intention to stand out from the crowd is once again very evident from Arulnidhi. There is very little in the film apart from a romantic interest that would suggest that he is the hero. And this romantic angle is what is missing for Singam Puli who is there in almost all the scenes and mouths almost all the dialogues. Rather surprisingly he plays his part in a subdued manner far away from his usual demeanor. It is rather frustrating to see Bagavathy Perumal and Rajkumar being reduced to merely occupying screenspace. The former at least has few dialogues and his present for the most part. The only reason to have Rajkumar seems to make the titular character count to 4 so that you can get a rhyming title. Perhaps Moonu Policeum Nalla Irundha Oorum does not sound the same.

NPNO does have a handful of really funny scenes. But as a whole the film really fizzles out and delivers way less than it’s potential. There is a true sense of watching a stage play most of the time. The sets look blatantly artificial. When we anticipate more humour to come our way the second half veers into serious zone. Having a message delivered through a voiceover in the climax is a bolt out of the blue. A few very unfortunate events result from the action of the lead characters. The director looks confused on how to present this. The end result is neither funny nor authentic enough for us to take it seriously.

The crux of NPNO has true potential. A stage like setting and a confused second half pull back NPNO from the heights it could have reached. The end result looks like an ordinary game played on a superb turf. 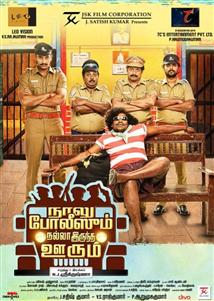