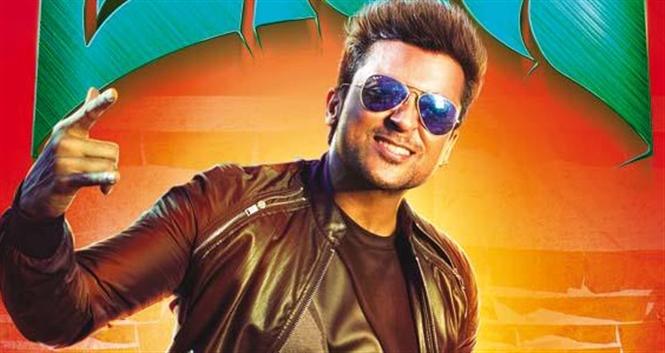 Starts off as the quintessential modern techno number from Yuvan, and with Shankar Mahadevan entering, the Tamil-ish fusion sounds easy and unfussy. It might seem on the sober side for what it promises initially, but the loop keeps one hooked. Ends on a high as the pace builds up, and by that time one is also very familiar with the catchy primary loop.

Chinmayi pulls us into her husky scheme of affairs right at the start, and then hands over to Karthik who then takes the adorable, lyrical tête-à-tête forward. Yuvan shows his strength in this conversational song about a guy moving on and falling in love with another woman. The background elements are in total contrast to the mood of the vocals, thus creating a very special atmosphere while the song lasts.

This track breathes the genre with some crackling arrangements. Yuvan gives a funky twist to the intended spook, thus resulting in an interesting listen. This innovative difference happens to be the USP of the track. The tempo is heavy right from the start, and maintains this throughout except for a ghostly female cameo towards the end. A rather pleasing track for the distinguished enjoyment it brings.

This theme music track incorporates elements from the Therikkudhu Mass number and provides some short-lived fun. Promises a lot of fun, just like in the teaser.

Haunting right from the start, VaikomVijayalakshmi brings in her own expertise to up the levels of this unassumingly philosophical track. Will work for its melancholia, though one will have to wait for the film to know its existential context.

Yuvan pulls the sounds of scares and awe along with ground-thumping action for the second theme music track. But the track isn’t half as memorable as Yuvan’s earlier theme music exploits with VenkatPrabhu.

This remix modifies its source material by going the EDM way, but adds nothing to the excitement. An uninspiring rehash that has its moments during the drops, but even they end up far and few between.

On the whole, this album provides the right amount of coolness one would expect from a Yuvan Shankar Raja-VenkatPrabhu collaboration, but it just doesn't pull off the “awe” that these two have been providing all over the years. Not the powerhouse we wanted, but definitely the fun we needed!