Director Saravanan's Valiyavan, starring Jai and Andrea, had hit the screens last weekend along with few lesser known releases. It was a relatively quiet weekend at the box office as people preferred to catch up with the knock out games of the World cup. Check out the box office ranking of Tamil movies in Chennai during last weekend.

Valiyavan enjoyed almost a solo release status last weekend as many other movies failed to create any hype. However, the underwhelming reviews made sure that the occupancy levels were disappointing.

Sivakarthikeyan's Kaaki Sattai had decent occupancy levels across multiplexes and the movie's team is already happy with the 'Hit' status.

Rajathandhiram managed to attract movie buffs to the theaters, thanks to innovative marketing on social media. However, the show count was reduced considerably. 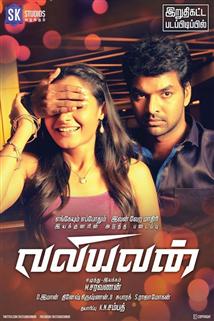