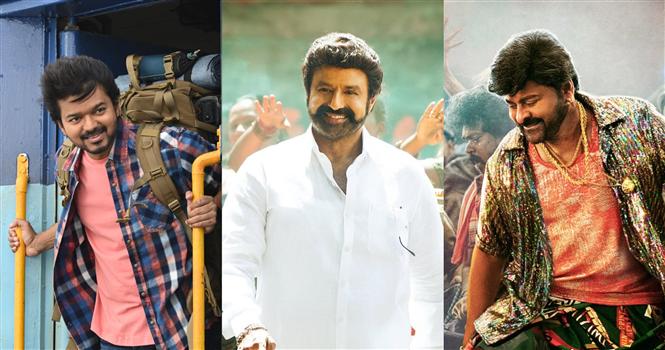 Actor Vijay's upcoming movie Varisu is directed by a Telugu filmmaker - Vamshi Paidipally, and produced by a Tollywood production house - Sri Venkateswara Creations. The buzz surrounding the movie's Telugu version Vaarasudu is hence higher than usual for a dubbed version release. Just like Pongal in Tamil Nadu, Sankranti is also a huge holiday weekend in Telugu states, and the Telugu film fraternity for a while has been putting out precautionary statements that dubbed film should get the last priority in terms of theatrical allotment.

This had even elicited a response from the Tamil film industry side, with some agreeing that the least priority for a dubbed film is not out of the norm, some questioning the intent behind putting out such statements in the first place, and others pointing out that when the demand for a movie is high (as in the case of Baahubali films in non-Telugu regions), such rules are bound to be relaxed.

Varisu/Vaarasudu is releasing alongside Chiranjeevi's Waltair Veerayya and Nandamuri Balakrishna's Veera Simha Reddy at the Telugu box office. Interestingly the latter two are produced by the same banner Mythri Movie Makers and has the same female lead - Shruthi Haasan. Vijay's film producer Dil Raju has finally opened up on the lingering tension in theater allotments of these movies in Andhra Pradesh, Telengana and said,

"In May 2022, we were the first to announce that Varasudu is releasing for Sankranthi (January 2023). Chiranjeevi's movie date was announced in June, 2022 and then Balakrishna also announced Sankranthi date in October, 2022 due to various reasons. Had Adipurush (Prabhas' Rs. 500 Cr. movie which was also headed for a Sankranti release initially) had not been postponed, we all would've faced issues.

But now only three films are releasing..Telugu states have enough screens to accommodate three movies during Sankranti. Mythri Movie Makers and I have discussed the release plans already and we are in sync. If Mythri producers have no concerns, then I don't understand what exactly is the issue for others here."