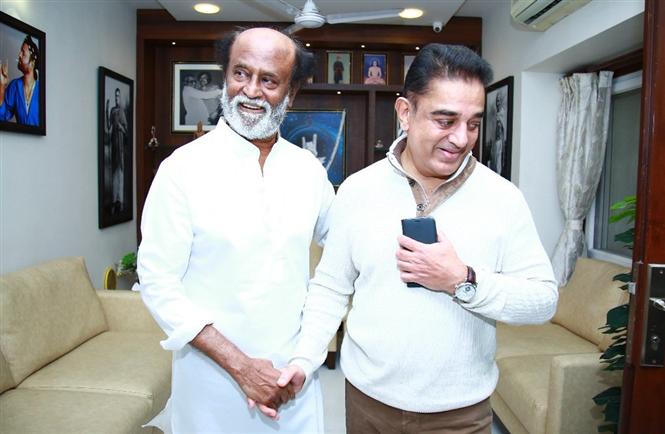 Actors Kamal Haasan and Rajinikanth are not just peers but good friends in real life. When Rajini underwent a surgery earlier this year, Kamal had tweeted wishes of a speedy recovery and now Rajini seems to have called and enquired personally, after news of Kamal Haasan's hospitalization broke out.

Kamal Haasan had tested positive for COVID-19 recently, and Dr. Suhas Prabhakar of Sri Ramachandra medical hospital in Porur updated, "Sri Kamal Haasan is admitted in SRMC for the complaints of lower respiratory tract infection and fever. He was tested COVID positive. He is on medical management and his condition is stable."

The 67 year old had recently returned from Chicago, US where he had travelled to launch his clothing line 'House of Khaddar'. Since the actor's hospitalization, Vijay TV has been on the look-out for temporary replacements to host the weekend episodes of Bigg Boss Tamil 5.

Word is that his daughter Shruthi Haasan might be stepping-in. There are also talks of Vijay Sethupathi or Silambarasan TR doing the honours.