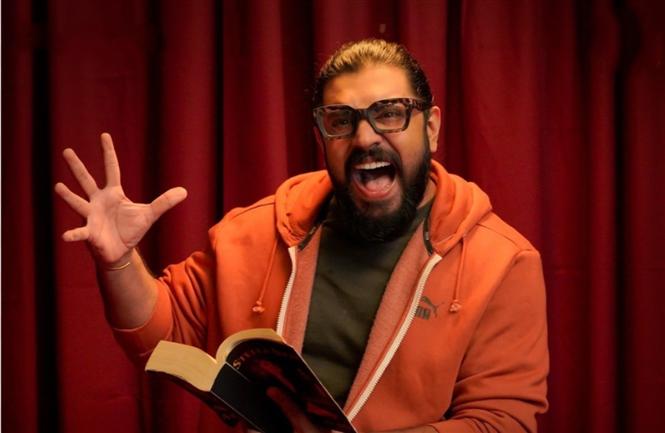 Ratheesh Balakrishnan’s Kanakam Kaamini Kalaham is one jolly ride. It is the kind of film that sort of gets the comedy spot on. But keep in mind that it achieves the kind of comedy that it had set out to. So, how much of it will work for you also depends on your taste for the kind of humour depicted in the film. In Kanakam Kaamini Kalaham, there is no such thing as demarcation between seemingly normal and crazy characters. Everyone in this universe is a bit crazy. I think of it and maybe the receptionist Shalini (Vincy Aloshious) was the only one who seemed to be the least crazy of the lot.

Pavithran(Nivin Pauly) and Haripriya (Grace Antony) are a couple that keep fluctuating between love and hate. Pavithran tries to make it up to Haripriya by gifting her something. But this involves a lie and when he is at the risk of getting caught, he plans a long pending trip with her to cover it up. The crazy events that happen during their stay at a hotel, that is run, as well as inhabited by a bunch of crazy people is Kanakam Kaamini Kalaham in short. But the plot is only secondary here and all that matters is the fun.

The performances are terrific. Humour, particularly of this type is probably one of the toughest for actors. The threshold for wackiness, craziness, silliness, eccentricity or whatever you call it is a very thin line. A little subtle and it would fall flat and a bit too loud it can easily turn annoying. But most of them here (led by a superb Nivin Pauly) get the meter spot on. Rajesh Madhavan as Manaf stands out. And this is not a film where musical cues are playing out to highlight a comedy. Blink an eye and you miss out on pineapple becoming fine apple and Bon Appetit becoming Bon Appendix. Pay attention and there is a lot of fun in Kanakam Kaamini Kalaham but the jokes do dry up a little in the final leg of the film.

A fun film that might not be everyone's cup of tea. But if it is indeed your cup of tea, then you can revel in its madness!