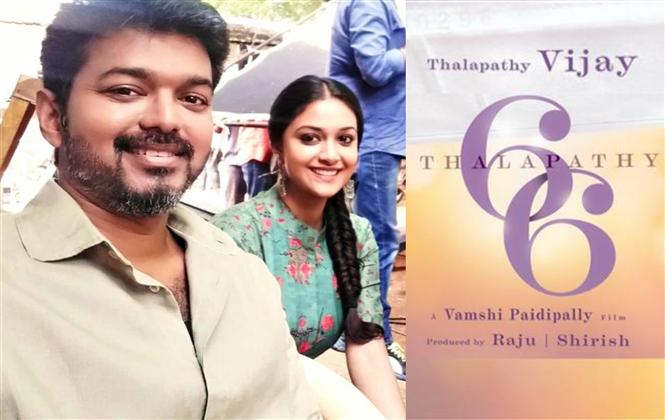 Tollywood production banner Sri Venkateswara Creations is debuting in Tamil with Thalapathy 66 (tentative title) and latest we hear Keerthy Suresh is most likely to play female lead in the movie. The actress is yet to sign the dotted lines but an official announcement is soon expected. If on-board, this will be Keerthy's third movie with Vijay after Sarkar (2018) and Bairavaa (2017).

Thalapathy 66 is expected to go on floors once Vijay completes shooting for Beast with Sun Pictures. Telugu director Vamshi Paidipally is helming the film and also making his Kollywood debut. Actor Prakash Raj is said to be playing a role in Thalapathy 66 too, but no official announcements have been made.